IF YOU HAVE A DUI PENDING IN THE LAX OR AIRPORT COURTHOUSE WHAT IS YOUR BEST STRATEGY?

I have been defending DUI cases in the airport / lax courthouse since it opened its doors. That was a multi-million dollar project and now they're handling a huge volume of cases from the West side and also from the Malibu area. So, you're going to get a lot of DUI's there. 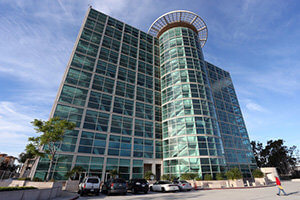 The Lost Hills Sheriff's Station is sending DUI's there and then of course, anything happening on the West side near the courthouse and the airport — which is a pretty broad jurisdiction that is a DUI — if they set up a check point or if somebody is pulled over and arrested, they will take them to that LAX or Airport courthouse.

I do a lot of cases there and they actually due a huge volume of cases there which is sometimes an advantage to a DUI defense attorney because a lot of times they're going to be much more reasonable in resolving these type of cases because otherwise they'll just be flooded an inundated with too many cases.

So, I find the LAX court to be pretty reasonable when it comes to dealing with DUI cases. I've handled hundreds of DUI cases there over the course of many years that I've practiced there. So, if you've got a DUI in the LAX or Airport court, give me a call. We'll sit down and start talking about some of the factors that the judge and the prosecutor are going to look at in deciding how to deal with your case.

They handle thousands of DUI's every year and it is imperative that if you want the best result you hire an attorney who knows how to maneuver a DUI through this courthouse. With the closing of Malibu, Beverly Hills and Hollywood courthouses, I am seeing more and more DUI cases filed in this courthouse every month.

They are forced to deal with the overflow from these other courthouses and if your defense attorney knows what he is doing he can use this fact to your advantage. It is crucial that you sit down with an experienced attorney and go through exactly what happened with your case step by step. Not every defense applies in every DUI case, but a savvy DUI attorney will know what if any defenses apply in your case and what the best approach is to achieve the best result for you.

One thing that I try and impress upon my clients is to be honest and straight forward about what happened in your case. If I can get the client to give me a clear story of the case then I will be in the best possible position when I deal with the judge and the prosecutor on their behalf. The next thing I will be looking for is to get credible information about the client and his or her life story.

We are trying to paint a solid picture of you for the judge and prosecutor so that they can look past the fact you are charged with a DUI and see you for the person you truly are. Once I have all of the pieces of the puzzle (the police report, your version of events and the prosecutor's position) then we will figure out realistically what the best resolution is that you can hope for under the circumstances of your case and then go and get it!

At the Hedding Law Firm, our team has over 75 years of combined experience and have successfully defended hundreds of clients charged with DUI. We have been a frequent presence in the LAX Courthouse since its inception. This court handles thousands of DUI cases that occur in the downtown Los Angeles courthouse each year. We are familiar with the Judges and Deputy District Attorneys and Deputy City Attorneys staffing this court and know how to defend you against DUI charges in this system.

DUI charges are one of the most commonly filed criminal charges in California. Lawmakers and the general public consider driving under the influence to be a serious risk to public safety. All Los Angeles County Police Departments and Sheriff's Departments have a zero-tolerance policy and will take decisive action to arrest people for DUI.

The penalties received depend on the specific details of the DUI case. However, individuals convicted of a misdemeanor or felony DUI in Los Angeles County could face severe penalties, including:

After conviction of a DUI, an individuals prior record will always be examined prior to sentencing. For example, if you have one or more prior DUI convictions within the last 10 years – was speeding or involved in a car accident – traveling with a minor under 14 years old – refused to take a chemical test – or had a blood alcohol content (BAC) level of .15 percent or higher – you could face a harsher sentence from the court.

They're going to be looking at what your blood alcohol level was at the time of driving. Obviously, the higher the blood alcohol level, the more likely you will be punished and have a full fledged DUI conviction on your record and be facing such things as fines, community service, alcohol programs — there's a 3-month, 6-month, 9-month, 18-month and 30-month alcohol programs.

There's all sorts of different punishments that can be inflicted on you. Also, there's also the potential that you will lose your driver's license through the DMV. That's another factor that we want to deal with.

LAX is looking at your blood alcohol level. They're looking at how dangerous your driving was, whether you got in an accident, whether you were speeding or swerving. These are all thing that they consider in deciding exactly how to deal with a DUI in the LAX courthouse.

So, I have you come in and go over your version of events so I have that when I meet with the prosecutor because a lot of times the police have just decided that you're a DUI so they're going to basically pencil-whip you — put a bunch of bad information about you and they don't get your side of the story.

They don't get your version of events as to exactly what happened. Sometimes getting that version of events in a LAX DUI case is all important, because now when I talk to the prosecutors, I can add some flavor to what's going on and hopefully convince them of our standpoint related to the DUI and not necessarily everything related to what the police did.

So, pick up the phone. Make the phone call. Come and sit down with me and I'll help you with your LAX or Airport court DUI. I'll let you know the tendencies of the prosecutors in the courtroom where your case is pending. I'll let you know what strategy is best for you based on your particular set of circumstances and how we can best protect your rights, your freedom, your reputation, your driving record and your criminal record.

These are all things that are obviously going to be of concern to you, so we start to put the pieces in place to defend you and help you and get you out of the LAX DUI system as fast as possible.

We get results, understand local courthouse DUI cases and are highly respected by prosecutors and judges. Our DUI Lawyers are a frequent presence in all Los Angeles courthouses and have many success stories…from out right dismissals to charges being reduced…based on hard work, investigation and years of experience.

Attorney Ronald D. Hedding has been very successful in defending clients charged with DUI in Los Angeles for many years. Our firm has had many cases dismissed over the years for various legal reasons. Our Los Angeles DUI attorneys go to court in on DUI matters everyday. We do not send less seasoned attorneys to appear for our clients' DUI matters.

We do it ourselves and make sure your matter is handled discreetly with the utmost professionalism so your freedom, reputation and rights are protected! We do not make unrealistic promises! Many attorneys make promises before they see any of the paperwork or investigate the case. If their rhetoric does not make sense to you, there is a reason. They are trying to get your business, instead of being honest about what is realistic.