Valencia court has been around for a long time. There are many DUIs in its jurisdiction because the roads are set up in the surrounding communities, such as Valencia, Saugus, and Canyon Country.

So, if you have a DUI related to a Valencia arrest and you're looking for an attorney, you've come to the right place.  I've handled thousands of DUIs over the past 26 years in that jurisdiction. 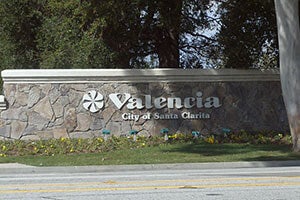 Of course, depending on the circumstances.  That's the critical thing you have to realize when defending a DUI case in Valencia, and that is that not all cases are the same, and therefore, not all strategies are the same.  You have to see what happens.

Sometimes the police come upon somebody, and the person is not driving. Maybe they're out of the vehicle; they're involved in accident minutes or even hours before.

They're trying to get that person for a DUI when they don't know what the person's blood-alcohol level was when driving, which is the key to getting somebody for a DUI.

A whole host of issues can come up, including problems with the breath machine or drawing of the blood.

So, we first do everything we can to figure out if there's any defense that can help you.

Now we have to look at if we can get a different charge.  Can we get something less than a DUI?  If your blood alcohol level was very high in Valencia, they're going to be looking to put you in jail. 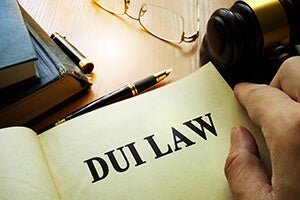 They will also do some things that cause you to realize that drinking and driving, especially drinking a lot of alcohol, is very dangerous to you or your passengers and hazardous to the community at large.

So, you want to make sure you have an attorney who knows what they're doing in this area of the law, has had success and knows what it takes to defend the case.

If we can get a different charge, you don't get convicted of a DUI. Another thing that can happen if we have a high blood alcohol level is if we do have dangerous driving, high-speed driving, or some accident.

Now we're looking to keep the person out of jail and avoid some of the other penalties that can come along with a DUI.

Whether it be a first time, the second time, third time, or even fourth time DUI.

Call Hedding Law Firm If Arrested for a DUI

So, if you've been arrested for a DUI in Valencia court, pick up the phone.  Ask to speak to Ron Hedding.  We will have you meet in my office.  We'll go over everything and get our strategy together.

If you decide to hire me, you'll have somebody on your side who knows the judges in that courthouse, knows the prosecutors, and knows what it takes to mount a successful defense strategy.

Valencia is a very conservative jurisdiction.  The jury pool there is very traditional, and the judges and prosecutors.

So, you have to go in with the right strategy in mind, and that's why you hire an attorney who has 26 years of experience and has handled thousands of DUIs.

One who knows how to deal with the Sheriff knows their tricks and knows some of the illegal moves they pull to pull somebody over and charge them with a DUI. So, pick up the phone.  Make the call.  I stand at the ready to help you if you're charged with a DUI in Valencia.