This is one of the charges that police use when they can't get somebody for a DUI.  They'll charge them with a drunk in public charge.

I don't see this charged a lot or booked a lot, or arrested a lot unless the person is out of control in public, causing fights, not obeying the police when they're trying to deal with an issue, and they have a drunk person in their way.

That's when I see them charging this particular offense. Being drunk in public is a misdemeanor crime under California Penal Code 647(f). It punishes drunken behavior that puts people at risk or interferes with sidewalks, roads, and other public pathways.

Another area, though, where they will charge it is, let's say, the police come upon somebody parked in a parking lot, but they're outside their car and are intoxicated. Usually, the police will want to get that person for a DUI.

But the person wasn't driving the car, and they can't prove when they parked there; that would make it very difficult to get them for a DUI. So, if they end up arresting them and doing all of the tests and everything, and the prosecutors look at the case and say, we can't prove a DUI because we have no idea when the person is driving.  You didn't get that information, and there are no witnesses to support when the person was going.

And often, the police are smart enough to ask the person, when did you stop this car here? And they said ten minutes ago.  Bam, now they have it.

But, if they don't do that or have any witnesses, then that puts them in a wrong position to try to get the person for a DUI cause there's no way to be able to tell what their blood alcohol level was at the time of driving unless they can pinpoint the time of driving as the time they stopped the vehicle in that parking lot in our example.

But what they might get him for is drunk in public.  So, if a person has a high blood alcohol level, for example, double the legal limit. Even though they're outside their car in a parking lot, they're in public; depending on what they did and the circumstances, the prosecutors might say, we'll we're going to get this person drunk in public.  We can't get him for a DUI, so we'll at least get him for something.

Prosecutors Unable to Prove a DUI

Other times I've seen people get arrested for DUIs or drunk in public charges, and the prosecutors look at the case and go, yeah, we're not going to mess with this case. 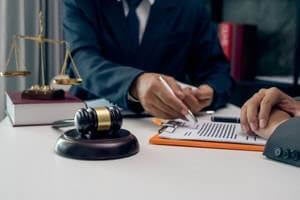 What does that mean?  First, he could've just been acting like a jerk in public and not been drunk.

So, they've got to have some basis to be able to prove that the person consumed a considerable amount of alcohol and is intoxicated to the point where they can't control themselves, and the police have to step in for their safety and the protection of the public, take that person into custody.

Most of these drunk-in-public arrests end in no charges because the police were trying to get that person sobered up for their excellent, taking them off the street and for the public's interest and they end up not filing.

Even the police themselves can decide that they're going to hold the person for some time and then just let him go and not end up sending the case to the City Attorney or the District Attorney for prosecution.

Can I Get My DUI Reduced to Drunk in Public?

So, if you've got a drunk in public charge and they do file it, you need an attorney; you'll at least have a fighting chance to get either the case dismissed or some innocuous control, which is not a misdemeanor but is instead some infraction.

We work hard to avoid those types of charges even though you'd much rather have a drunk in public charge than a DUI charge because a DUI charge is much more severe, much more challenging to get off your criminal record, and it comes with a much harsher punishment than a drunk in public order. So, if you've got one of these charges and need help, pick up the phone.  Make the call now.  We stand ready to help you.