Review of Steps to Take Before Your DUI Arraignment

After you are arrested for driving under the influence, most will worry about affecting your job and personal life. The arraignment hearing is the following legal step to deal with the California DUI in the court process.

When you are arrested for DUI and detained in jail, your court arraignment will typically occur within a few days. If you are released immediately after the DUI arrest, the arraignment date is usually set several weeks later. You should retain an attorney before your arraignment. 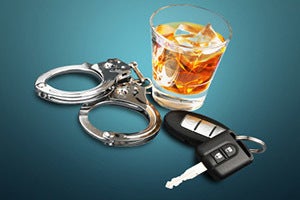 Many defendants will go to their arraignment with the belief they can argue their case in court and possibly get the charges dismissed, but this is not the function of the DUI arraignment.

Instead, the arraignment is where you will be told what criminal charges have been filed against you, your legal rights, along your your bail status.

You will also have the opportunity to enter a plea on the charges against you, such as no contest, not guilty, or guilty.

After you enter your plea, the hearing is over, and the judge will set a trial date, assuming you pleaded not guilty.

California prosecutors have two main statutes they use to charge someone for driving under the Influence:

Most people are charged with both statutes. Vehicle Code 23153 VC defines the crime of driving under the influence and causing an injury.

Most DUI cases in California are prosecuted as a misdemeanor, but the case could be filed as a felony if you have prior DUIs on your record or if someone was injured.

If you were charged with a DUI, there are some steps you should take before your arraignment, which are explained below by our Los Angeles DUI lawyers.

Is There Anything I Should Do Before My Arraignment for a DUI?

Many people come to my office asking what they can do before their arraignment to try to help their case if they receive a DUI in Los Angeles County.

What I typically tell them is that it depends on your circumstances. If, for example, it's your third or fourth DUI, and you have a terrible alcohol problem.

Now you're facing a bunch of jail time or even prison time, then checking yourself into a live-in rehab program might be the answer to show the prosecutor that you're serious about not having any more issues in the future and maybe avoiding some jail time.

If, on the other hand, it's your first-time DUI, you don't have an alcohol problem, your blood alcohol level wasn't that high, you didn't hurt anybody, it would be up to you whether you want to check in to a live-in program.

But, it's questionable whether it would help your case because the worse you look as far as alcohol use goes, the more dangerous you appear to the prosecutors.

Then, they're going to want to put a bunch of ramifications on you, and they might even like to send you to jail for some time to let you dry out.

Initial Strategy Meeting with a Lawyer

Of course. These attorneys want to get you in and get your money, so they will say a bunch of stuff that they think you want to hear. Because, of course, people want to do things and want to help themselves, but why do something that will not help you.  In the case of going into a live-in program, it may even hurt you.

So, I try to be honest with people; whether I get the case or not, I'm not going to lie to get the chance. It's not the right thing to do, and it's not how I handle it.

Sometimes there's nothing you can do leading up to the arraignment except for hiring the best attorney and cooperating with that attorney. Other times, there are some things you can do. It just depends on:

That might be an example where you'd want to do something. Get your insurance company to compensate the other party if the accident is your fault. That's going to be an issue in the case.

But I think the biggest thing you can do is to hire somebody like me who's been practicing criminal defense and doing DUIs now for almost 30 years and has a lot of experience with how to handle these cases and what's going to make a difference to both the judge and the prosecutor.

Probably the two most significant things that they're going to be concerned about are:

If you need to be punished, they're going to try to punish you, and if it's jail time, that's probably the harshest punishment they can come up with.

So, what I do is have you come into the office.  We sit down and talk, and we get a game plan together -- we get a strategy together -- so that you can end up with the best result. 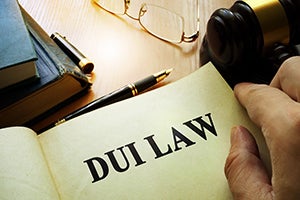 So, if you want to make the best first step towards dealing with your DUI matter, getting the best result, and making the right moves.

Not just doing something because somebody over the phone told you to do something; pick up the phone. Ask for a meeting with Ron Hedding. Once you hire me on the case, I will do everything to get you the best result.

I'm going to advise you and direct you properly, so if there is something you need to do, you will be doing it.  You and I will be working together and coordinating the best possible defense. Hedding Law Firm has two office locations in Los Angeles County, and we offer a free case consultation.