For those arrested for a DUI in Los Angeles that caused an injury to another, your fate will significantly hinge on how bad the damage is to the other party.

If the injured party merely suffered soft tissue injuries, then the case will likely be filed as a misdemeanor, and your exposure to harsh punishment will be limited. However, you should still hire a Los Angeles DUI lawyer to make sure that you obtain the best possible outcome for your DUI case.

If, on the other hand, the other party has a severe injury, then you will be facing a felony and time in jail or prison, depending on many factors related to your prior record, blood alcohol level, and so forth. DUI causing injury is covered under California Vehicle Code 23153.

It is often difficult to ascertain whether the subject's injury is severe enough for purposes of a DUI to put you in this lousy felony category.

Sometimes alleged victims have an incentive to make their injury seem worse than it is, so they can sue you / your insurance company and collect a hefty sum of money. This is where having a skilled DUI defense attorney can save the day. A defense lawyer who has handled DUI with injury cases in the court your case is pending is not just needed; they are essential for your record and freedom!

When it comes to a DUI, one of the worse things related to these offenses is if somebody either has a horrible injury or passes away due to the DUI.  If it's a significant bodily injury, the person will be charged with a felony.

They'll be looking at many years in prison because there's a three-year enhancement if you cause significant bodily injury for any crime.

That also makes any crime a strike.  So, once you start seriously injuring people, you begin to put yourself in a problem related to DUIs because you're looking at prison time.

You're looking at serving 85% and looking at a mark on your record for the rest of your life.  Also, you'll probably lose your license.  It will be revoked for an extended period.

If you end up killing somebody related to a DUI, now in Los Angeles County, the first thing they do is charge you with murder.  It's second-degree murder.

The punishment for that is fifteen to life.  So, if you've got one of these DUI cases, all the marbles are on the line. 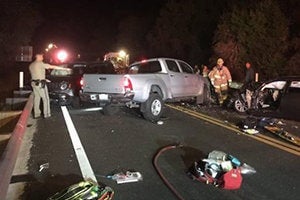 You want somebody who has handled these cases before as your DUI defense attorney who knows how to fight them, win them, mitigate them, and negotiate them.

Because the prosecutors in these death cases charging second-degree murder give them a lot of negotiating strength because if you don't take their deal, you go to trial, and you lose, you get fifteen to life. A Judge will have no choice but to give you fifteen to life.

So, with that type of power, I see a lot of prosecutors in some of these bad cases where people die.  They can offer a double-digit number to the person.  Look, take ten, eleven, twelve years at 85%.

If you don't and you go to trial and lose, you're going to get fifteen to life, and then you're going to have to serve 85% of fifteen years before you're even eligible to get out, and you may never get out.

With that type of hammer behind them, the prosecutors have a lot of powers in these DUI death cases or even the DUI cases where there's been a severe bodily injury.

I see big arguments ensuring in DUI cases where people get injured, whether it's just severe bodily injury that causes a felony. You're still looking at the prison, just not as much time or whether it's a significant physical injury which causes the case to not only be a felony but adds an extra three years prison on the back of your sentence; makes it a strike; makes you serve 85% of any of the time that you end up having to do.

So, it's a massive difference as to whether a case will be a tremendous bodily injury DUI or just a severe physical damage DUI.

I've seen the judges and prosecutors willing to do in some of these cases where they charge significant bodily injury. They're ready to let the person plead to the felony DUI, admit the significant bodily injury enhancement, but stay the three-year punishment. Sometimes, people can even get a county jail sentence under that circumstance.  They don't get three years in prison.

The only bad thing about that is it still makes the case a strike. It still puts you in a position that if you get a year in the county jail, for example, you have to serve 85% of that year because of the strike because it is a violent felony when you're charged and convicted or plead guilty to a DUI related to a significant bodily injury allegation.

I've even seen them now charging cases where there's no alcohol, and somebody who drives recklessly with wanton disregard for human life kills somebody — they're prosecuting those cases of second-degree murder cases in Los Angeles County, Orange County, Ventura county — all over the issue.

The bottom line is that California is one of the most authoritarian states on DUI cases. If you've got a chance in one of the California courts, you better get an attorney who knows that court, knows how to fight, and can do everything to protect your rights, freedom, and reputation.

Injuries, in my experience, that will automatically qualify as a severe injury for purposes of a felony charge are those that cause broken bones or some disfigurement to the victim.

Other internal injuries that may or may not qualify involve injuries such as tears and strains of the muscles. These lacerations cause scars and different definable injuries that cause pain and suffering for the hurt person.

If the accident was your fault, you might be required to pay victim restitution. If you face a DUI involving injuries, you are best served if you meet with a DUI  attorney who has been down the road you are about to travel and had success.

Your first move should be to meet with a qualified DUI attorney who has successfully handled DUI cases in the court where your cases are pending. Once you have your meeting set up, you should put together a list of pertinent questions related to your concerns and ensure that the DUI lawyer answers every question to your satisfaction.

Next, when you meet with the attorney face to face, you should make sure that you are comfortable with their qualifications and, most importantly, make sure you feel pleased with them and like them. If so, the judge and prosecutor will likely feel the same way.

When I meet with clients, I try and have a goal that when the client leaves the meeting, they have all of their questions answered, have an idea of what they are facing, and know precisely what they can do to assist me with their case.

Once everything has been flushed out at the meeting, it is my experience that my clients usually feel much better about their situation now that I have explained the process to them and where they fall within it. Uncertainty is not something people like or feel comfortable about. Especially when your freedom, reputation, driving, and criminal record are on the line.

You understandably want to know where you stand and what you can do to make things go smoothly. That starts with your DUI lawyer and how they handle you and your case. The goal of our top-ranked DUI defense law firm is to make sure your issue is dealt with discreetly, professionally, and with the utmost discretion.

Our lawyers want you to be successful both with the outcome of your case and the stress level that comes along with a DUI case.

The faster we can get your case resolved and you out of the criminal justice system, the more comfortable you will feel and the easier it will be for you to move on with your life from both a physical and emotional perspective. Contact the Hedding Law Firm for help.

We realize we are dealing with people who are usually unfamiliar with the legal system, and it is our job to guide you through it and make it as easy as possible to achieve the best result!