Exhibition of Speed Plea Bargain in a California DUI Case

This concept is generally associated with DUI cases because a show or a speed contest is something that defense attorneys try to get for their clients instead of a DUI if their client has responsibility. Still, their DUI falls on the low-end of the DUI, the speed contest doesn't involve alcohol, and it is just more of a moving violation.

The law prohibiting the exhibition of speed is covered under California Vehicle Code 23109. For example, if somebody were to screech their tires out of a parking lot, they could be charged with a speed contest by the police.

It's just not easy to get this particular charge in place of a DUI because usually, the prosecutors want all the good things — from their perspective — that come with a DUI, like an alcohol program, three years of probation, and a fine.

The fact that it's priorable.  Meaning that in the future, if you get a new DUI after, it can be counted as a second-time DUI.

Whereas a speed contest would not be priorable.  In other words, it would just pretty much be a moving violation on our record that you could later get dismissed if you complete whatever the probation the prosecutor and your defense attorney agree upon. 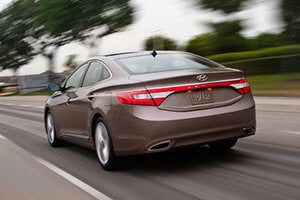 In Los Angeles County, where I've been practicing for about twenty-five years and have done thousands of DUIs, your blood alcohol level will have to be pretty low to get a speed contest versus a full-fledged DUI.

In other words, it's going to have to be right around the .08.  In most .08s, the prosecutors in Los Angeles county are willing to give a speed contest unless there's some aggravating factor involved.

For example, suppose you're going over 100 miles an hour. In that case, even though you only blew a .08, you're not likely to get a speed contest because you were way too dangerous under the circumstances, even if your blood alcohol level was close to the legal limit.

The lower your blood alcohol level, the more flexibility and maneuvering you give your attorney to deal with your DUI case.

In some other jurisdictions, for example, Orange County and Ventura County, even if you have a .08, they will not move off the first-time DUI.

Another area in Los Angeles when it comes to DUIs where I see the prosecutors lowering a speed contest or exhibition of speed from a DUI charge is when there's a problem with their case.

For example, if the police come upon somebody who's not driving their vehicle and are parked, that from the beginning starts to become a problem because to be able to measure somebody's blood and then extrapolate back for purposes of the DUI, the expert is going to need to know when the person was driving.

You can't just bring a breath or blood result into the expert and say, okay, what is the blood result?  And then, okay, fine, they're over the .08, but when was that blood or breath sample taken?  If it was taken at 5:00 p.m., who cares that their blood alcohol level at 5:00 p.m. was a .08 or greater.

We want to know their blood alcohol level at the time of driving.  So, you have to establish driving if you're law enforcement or the prosecutors or you don't have a case.  So, the murkier that driving issue is, the more likely you are to get a charge like a speed contest even though you're over the legal limit when they take your blood or breath.

Those are probably the two most significant things the prosecutors are looking at: giving a speed contest.  Is there any problem with their case, and two, is the blood alcohol level close to the legal limit?

The reason that they are close to the legal limit makes them move a lot of times — especially on the first offense with no prior criminal record and no bad driving record — is because the breath machine that they use to measure the blood alcohol level for purposes of a DUI is not 100% accurate.

The prosecutors will likely challenge that argument back by saying that if you have any alcohol in your system under Vehicle Code Section 23152(a). You couldn't safely operate a motor vehicle; we could get you for a DUI that way, even if we can't show that your blood alcohol level was a .08 or greater.

And, of course, to bolster that argument, they will use how well you did on the field sobriety tests that law enforcement gives you when they take you out of the car following a pull-over.