There are many DUI cases in the Valencia / Santa Clarita courthouse daily. Having handled DUIs over the past twenty-five years, I have noticed that the Sheriff's Department in the Valencia area is always on the lookout to get someone for a DUI case. 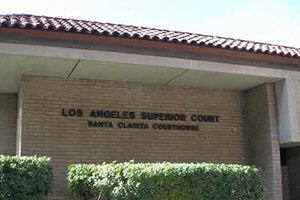 If you get caught, then, in my opinion, you need someone who knows what they are doing to help you!

Another issue related to Santa Clarita and Valencia DUI cases is the streets in the Valencia area and how they are set up to make it very difficult to maneuver around.

This makes it prime territory for law enforcement to catch people who have consumed alcohol and are trying to move around in the Valencia area.

People making illegal U-turns or being involved in other minor traffic offenses are likely to fall prey to overzealous law enforcement efforts in this area.

Suppose you have ever sat in the Valencia courthouse on any day (which I have many times). You are shocked at how many traffic offenses move through their doors.

I've been practicing in the Valencia Courts for the past twenty years.  It covers that jurisdiction in Canyon County, Santa Clarita — everything in that area funnels into the Valencia Courthouse if you're arrested for a DUI.

There are many DUI arrests in the Valencia area for several reasons.  One, because the sheriffs out there are very tough.  Also, because of the way the streets are set up in Valencia.  They're not set up well for the flow of traffic.

In other words, many people are getting busted for traffic tickets, which would exacerbate a DUI situation because the police are smelling people's breath and asking if they've been drinking. It's a challenging, conservative police department.  I see a lot of DUIs in the Valencia Courthouse.

If you have a DUI in the Valencia Courthouse, you want to be smart/strategic.  Start educating yourself regarding your DUI matter to have the most successful result.  What I have you do is come into my office.  We sit down and go over your case.

We talk about some of the essential factors the prosecutors in the Valencia Courthouse will decide how to handle your particular case.

Some of the good factors would be you have a clean record, your blood alcohol level not being that high, you not doing anything dangerous, and the police pulling you over for some minor violation — that would put you in a good position so that your DUI attorney could help you get the best result.

Some of the prosecutor and judge's harmful factors in the Valencia courthouse are high blood alcohol levels. That will make you much more dangerous out on the road.

If you have a prior criminal record, multiple traffic violations, and probably most importantly, doing something dangerous out on the road such as speeding, getting in accidents, weaving in and out of traffic.

These are the type of things prosecutors and judges frown upon. They're going to punish a dangerous person out there because they don't want anybody to be hurt out on the road. Therefore, they're going to make sure that they punish and put a deterrent out for individuals involved in DUI cases.

The courthouse in Santa Clarita is tough on DUI cases, and you should get in to see an experienced DUI lawyer right away. When I meet with clients, I like to get the whole story surrounding their arrest and then map out a plan to deal with the case.

As long as the client is honest with me and gives me all of the details of their case, I can usually provide them with an idea of the range of punishment they are facing and what they can do to assist me in helping them.

Once I appear in court on their behalf, I will have the additional information to fully evaluate the case and make the necessary decisions to resolve it.

The prosecutor will usually give you an idea of what they are thinking on the first court appearance, and if you go in prepared, you can negotiate on your client's behalf very effectively.

Several punishments and charges can reflect what a person charged with a DUI will receive at the end of their case. They will look at how high the person's blood-alcohol level was when driving (the higher the story, the more dangerous the person is and the worse punishment they will receive).

They will look at the person's prior criminal record and driving record to determine their position in a given case.

Further, they will look at the driving and actions of the person involved to assess how dangerous they were to the public. Finally, they will evaluate how the person did on the field sobriety tests and how they interacted with the police.

Mitigating Damages on a DUI Case

If a person is nasty and belligerent with the police, the police will reflect that in their police report, and the prosecutors will remember that in their offer to settle the case. On the other hand, I can point out to the prosecutor and judge that my client was cooperative with the police and passed some of their tests; this goes a long way towards mitigating the damages in a DUI case.

Suppose my client has a family, a promising career, and no prior criminal record. In that case, the prosecutors will typically benefit from the doubt in a close-call case or a situation where we are trying to avoid a specific penalty, like jail time or other serious consequences.

Whenever you get a DUI in the Valencia Courts, and you end up having to plead guilty to it, you will get a fine.  You could potentially get jail time or an alcohol program, and they will warn you.

They're going to give you what's called a “Watson Warning” that if you drink and drive and kill somebody, you could be facing fifteen to life in prison.  The prosecutors will charge you with second-degree murder.

They give that warning for a couple of reasons.  They want people to wake up and realize how dangerous it is to drink alcohol and drive. Two, they're trying to set you up for the future where if you do kill somebody, they can pull that transcript and say, look, the judge warned this person not to drink and drive, and they just ignored the warning.

Everybody who has a DUI in Valencia or anywhere in Los Angeles County says I didn't do it on purpose; I was drunk.  I didn't even know what I was doing.  But they're not necessarily looking at your behavior while drinking and driving.

They're looking at your behavior beforehand.  In other words, what type of a plan did you put in place when you knew that you were going to go out drinking?

What type of an exit strategy did you have in the bar in Valencia or the party in Valencia, or wherever you were that caused you to drink and drive, and if you didn't have any strategy, if you didn't care about other people on the road, they're going to punish you for that.

So, it would help if you got in front of somebody like me who has been doing cases there for many years, knows the system, the prosecutors and the judges, what we can get together that's mitigating.

You've got a career, a family, a job — you need to make sure you're able to drive.  It would help if you made sure that the ramifications related to your DUI are not so severe that you cannot recover from them.

So, pick up the phone and contact the Hedding Law Firm.  Make the phone call, and I can start to put together the plan to put you in the best possible position related to your DUI matter in Valencia and get you on the road as fast as possible and limit the damage to your criminal driving record.