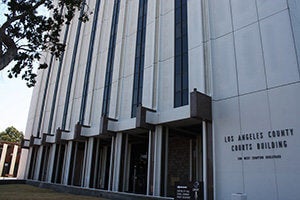 Of the many courthouses in Los Angeles County, the Compton courthouse is one of the more reasons to deal with, and if you go in with the proper mindset and attorney, you will end up with a fair result.

Of course, the result of your DUI case will depend on several key factors. Issues related to how high your blood alcohol level was at the time of driving, why you were pulled over, your prior criminal record, and how dangerous your activity was in the pending case will be the most crucial consideration in the final resolution.

Negotiating With Prosecutor For Best Outcome of Your DUI

Prosecutors and judges are tasked to protect the public and act in what they think is in the best interest of society. When I defend a DUI case, I have an eye toward convincing the judge and the prosecutor that you are not a dangerous person and that my conduct was an aberration that will not repeat itself.

In the twenty-five years that I have been defending DUI cases in the Compton courthouse, I have made it a point to make the criminal process as painless and easy as possible for the client.

If I do not believe that the client needs to be in court on a particular court appearance, then I will make the appearance for them, and they will not lose any of their rights related to their DUI case or any time from work.

When I first meet with the client in a DUI case, I have a goal of making it as straightforward as possible to the client what they are facing and what they can do to help me help them. We are a team with a one-tracked mind toward getting the best result possible.

There are many different factors that judges and prosecutors consider in resolving a DUI matter. They are tasked with punishing people who commit DUI offenses by the legislature and the people of California.

If they believe that you are in danger of re-offending or seriously hurting someone, they will come down on you like a ton of bricks.

Your DUI defense attorney's job is to show them that you are a good person with a career, a family, and a good like who made a mistake that will not repeat itself. As long as the judge and prosecutor do not think they will see you again in this future situation, you have a fighting chance.

In my experience in handling DUI cases, there is a range of conduct related to DUIs. Those people on the low end of the spectrum do not have very high blood alcohol levels and are not doing anything hazardous when they are pulled over.

The other side of the continuum is high blood alcohol levels, driving very fast, and even getting into an accident. These later people are the ones the powers will target and make sure that all the legal force they can muster will not hurt anyone in the future.

I consider it one of my top jobs to humanize my clients and let the court and the prosecutor know that they are dealing with a person who has a life and a lot of people who count on them. If you have a driving under the influence case in Compton, California – call the Hedding Law Firm for help.

If they can be convinced that they will not see you again, then we have a solid chance to keep you out of jail and set up a deal that will allow you to delete your case and avoid the wrath of a DUI case in Los Angeles can bring. If this is your first DUI, then take the attitude that you will do it once, do it the right way and never do it again.