Motion to Suppress Evidence in a DUI Case

How Does a Motion to Suppress Work?

Whenever you're trying to suppress evidence in a DUI case, what you're trying to do is win the case.  In other words, you're trying to make the argument, for example, that the police illegally stopped the vehicle that your client was driving. Therefore, anything they obtained after that shouldn't be used against the client. A motion to suppress is described under California Penal Code 1538.5.

For example, the client fails a sobriety test.  They shouldn't have been allowed to do the field sobriety test on them because they didn't have the right to stop them in the first place.

You're trying to file a motion to suppress in that DUI case to prevent the police from using those things. If the judge grants your motion and says, I agree.  The stop was illegal. For example, the prosecutor won't be able to use the blood result, the breath result, and any field sobriety results. Therefore, they will be forced to dismiss the case because they won't have any evidence to use.

Examples of Motion to Suppress in a DUI Case 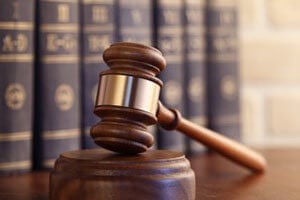 You can argue as the defense attorney that they did not have the right to arrest that person.

They didn't have probable cause to arrest that person. Therefore, their actions after that and all the information they can gather related to the DUI arrest must be suppressed and can't be used against the defendant.  You can use this angle in a DUI to win the case.

Sometimes it's a very effective angle because the police are just arresting people for no reason and then asking questions later, which is incorrect.  This is not the country we live in.

Los Angeles, California, cannot make illegal arrests and make unlawful stops.  So, you have to be very careful in precisely what you do if you're law enforcement. Otherwise, you can lose the entire case.

Another angle that we try to suppress is attempting to stop somebody's statement.  Sometimes people misinterpret the Miranda Law as it relates to DUIs.  The bottom line is that the police can ask as many questions as possible.

They can take as many statements as they want, but if they put the person into custody and start asking them direct questions about their DUI case or the functional equivalent of direct questions, they've got to read them the Miranda rights.

If they don't do that, the person's statement will be suppressed and can't be used against them.  Now, a lot of time, in DUI cases, even if you can suppress the person's statement because the police arrested them and asked them direct questions without reading their Miranda rights, there's still other evidence available to be used besides the information.

In other words, whether or not a person says they had alcohol to drink or feel drunk or that they were driving a vehicle, for example, is not necessarily as important as the person's blood-alcohol level.

So, if the police pull somebody over erratically driving a car, their blood alcohol is double or triple the legal limit; the fact that they made a statement that they were drinking doesn't mean anything anyway.

That's not the primary evidence that the police were going to use against the person. So, when you're thinking about suppressing evidence, whether it's to stop a statement or a search, which is another angle.

Sometimes the police will search and find things that they use against the person illegally; you've got to look at what other evidence that they lawfully obtained might be available to the police.