Thinking that a first-time DUI is treated the same every time across Los Angeles County is just foolish because all sorts of different factors determine the significance of a first-time DUI, which is covered under California Vehicle Code 23152.

One factor is how high the person's blood-alcohol level was. The higher the blood alcohol level, the more dangerous the person is perceived, and the more likely they will get a very harsh punishment because of that high BAC related to their DUI.  So, that's one significant factor that controls how the prosecutors and judges will treat a particular first-time DUI. 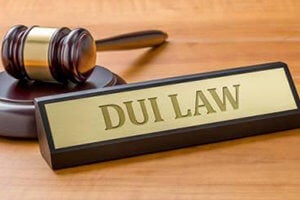 So, that first-time DUI with a low blood alcohol level is an excellent opportunity to get something less than a DUI or even try to fight the case and challenge the prosecutors that it's a close call.

Another big thing regarding a first-time DUI is whether anybody is injured.  If someone is injured and the injury is bad enough, not just some soft tissue injury, you may face a felony.

That will be $100,000.00 bail, and with a felony, you'll also be looking at potentially going to jail or prison, and a lot of times, if the injury is bad enough, they will charge a great bodily injury allegation.

Then you'll be facing a strike and prison time and not being able to get that DUI off your record because of that great bodily injury.

This is problem one of the biggest things on people's minds when they get that first-time DUI.  You're scared.  You've been roughed up, thrown in the back of a police car, usually spent some time in jail, and they let you out with a citation to appear in court, and now you're on the internet trying to figure out what's going to happen to you.

Of course, there are no one-size-fits-all answers.  It depends on what happened in your first-time DUI — how high your blood alcohol level was, how dangerous the prosecutors perceived you, and judged you based on what you are doing.  So, when you start to talk about punishments, they are usually dictated by whatever you did relate to that first-time DUI.

But to give you a general idea of what type of punishment you're looking at, bare minimum, for any DUI in Los Angeles, we know this because the legislature has lined up penalties for these first-time DUIs.

Misdemeanor Probation and a Fine

So, you'll be looking at three to five years being put on a misdemeanor summary probation.  Usually, in most courts, in most cases, you're going to get three-year probation, which means you can't get in trouble for three years, otherwise, you violate your probation, and not only would you be facing the new charges, you'd also be facing a probation violation.

In addition to that, you could get a $390.00 fine — the usual minimum fine.  But, the problem with that is they tack on a 200% penalty assessment in all criminal courts for penalties.  So, that puts the fine up near $2,000.00 once you start to do the math on it and add in the court fees, which is how the courts make money.

In addition to the probation and the fine, you're also looking at a first-offender alcohol program. Most times, it's going to be a three-month alcohol program that you have to pay for, and you have to go to progress reports until you're done, and then you'll get a completion slip, and you'll be done with it.

If your first-time DUI is severe enough where you've done something out of the ordinary like dangerous driving, high blood alcohol level, speed, some accident, or if you're a young driver, you might be looking at a six or nine-month alcohol program.

It's better to have a three-month alcohol program, which is significant pain in the neck because it costs more money and takes more time away from your job and family responsibilities. So, that's pretty much the bare minimum that you're looking at for any DUI in Los Angeles County, but other penalties can be heaped on you, like jail time.

You could be looking at up to six months on a first offense, and you could also be looking at community service, Cal Trans, community labor, and AA meetings.  There are all sorts of things.  They could make you put a scram device on your leg so that you cannot drink alcohol during your probationary period.

They can order you to do several different things just to protect the public from people who drink and drive.

You're going to be given what's called a Watson warning, where they tell you if you drink and drive and you kill somebody, you're now on notice that you will be charged with murder if somebody dies during a DUI.

That's even applicable for a first offense now in Los Angeles County because they figure most people know how dangerous drinking and driving is. They should realize that it's foreseeable that you could kill them if you drink and drive and crash into somebody with an automobile.

So, there's a whole host of different punishments and penalties.  This is why it's so essential for a first-time DUI to get the best possible DUI attorney on your side and work for you right from the beginning.

Our DUI Attorneys Can Help You

So, there are several different factors that you have to look at when you have a first-time DUI.

I would say, above all, when it comes to a first-time DUI, the best chance you have is to do something with an attorney because of various things that could be going on depending on how serious the circumstances are surrounding your DUI, how dangerous you were, what your blood alcohol level was, whether anybody was injured.

There are all sorts of things that can impact your first-time DUI. You must get an attorney to put yourself in the most vital position to get the best possible result, get out of the criminal justice system as fast as you can, protect your driving record, stay out of jail and clean your history.