No Driving Defense Strategy in a California DUI Case

Having done thousands of DUI cases over the last twenty-five years, not surprisingly, I've had several cases where the police could not prove that my client was driving the car. For example, I had one case in Ventura county where my client crashed into a pole, got out of the car, and left.

The police come on the road and see the car crash there.  They keep going up the road figuring the person must have gone on foot since they're not there; sure enough, they've got my client coming back from the gas station where they made a phone call because they didn't have their cell phone on them to get a tow truck out there.

However, the police did not do one big thing: they did not get the information to claim they knew when the driving was.  In other words, usually, they get it from the defendant, so they're going to ask the defendant, when did you crash into this pole right here?  Now they get a time.

I understand that the person was driving at 9:00 p.m. to take that reading from 10:00 p.m. I'm able to extrapolate backward and figure out what the blood alcohol level would be an hour before that, and they've got all kinds of ratios that they use.

Chemical Tests To Speculate When Someone Was Driving

They have all kinds of science that they try to substantiate, and usually, they're pretty successful.  Even though the defense is going to say that's voodoo science. 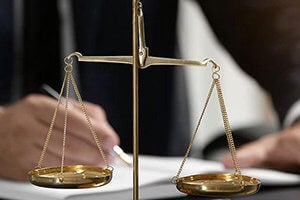 There's no way they can tell, and they're doing a lot of speculating because they don't know how quickly this particular defendant absorbs alcohol, and there are many different challenges that can be made.

But, the bottom line is, if the police can't pinpoint when the person crashed into the pole, in my example, they have to dismiss the case, and that's precisely what happened.

When he crashed his car into that pole, my client could not get it.  The client did not even admit that he was the one who hit the car into the pole, so they didn't have that information.

They had no other witnesses to put them near that pole and crash the car into the bar, so they had to dismiss that case.  If you know anything about it in Ventura County, it's a very tough jurisdiction.

They do not like to dismiss cases.  Especially DUIs, but they had to in that case because they could not prove when the person was driving.

Using Witness To Determine Someone Was Driving Vehicle

Another example that illustrates this driving defense is that I had a client who pulled into a drive-thru drunk, hit the drive-thru sign and drove around the parking lot, eventually parked his car, and then came into the restaurant drive-thru wasn't working, ordered some food.  Somebody called the police.

They came, and they ended up arresting him.  So, when the police got there, his car was parked in the parking lot, so he argued that he wasn't driving; you didn't see me going, so how can you arrest me for a DUI.

Unfortunately for him, a patron inside the parking lot saw him driving the car a half-hour earlier, saw him crash into the sign, and saw him park his car in the spot.  It was about two in the morning.  There was nobody else there.

So, now they've got the argument to substantiate that he was driving the car.  There's no one else there.  How else did he get there?  The car's registered to him, and they have eyewitnesses watching him drive the vehicle.

So, you start to feel when this driving defense can be utilized.  I've had numerous cases where I've been able to use it successfully, and then I've had other instances in which we can't successfully utilize it.

Most of the time, the thing that messes us up is the defendant.  The police come up.  They're nervous.  They ask you; you're here on the side of the freeway.  You're the one that drove it here.  Yeah.  And when did you stop here?  Oh, about ten minutes ago.  It's game over.

Now you're going to lose because they've got the information they need to establish when you were driving, and now they need the blood or breath result, and they can put their case together.  They'll do the field sobriety test.

If you've got a case that's one of those close-calls, whether they can prove that you were driving or not, there are all kinds of them.  Sometimes people are parked with the keys in the ignition.  Sometimes they're blocking the road.

There's a whole slew of different angles that can be taken and tried to win these DUI cases.  It's not easy, but it can be done under an exemplary factual scenario. If you sit in one of these scenarios, pick up the phone.  Make the call.  We'll sit down.  We'll go through it.  I'll use my experience to do everything I can to help you.