When it comes to DUIs, blood is the most accurate test that the police and prosecutors can use to determine whether somebody was a .08 or greater to charge them with a DUI or drive under the influence.

Sometimes there can be issues with the blood, though, and sometimes the defense has to challenge the blood result to get the correct result for their client.

The first thing I do is ask the client how many drinks they've had; look at their weight; look at their height and try to get a field for whatever the blood result is, whether that makes sense.

Having done thousands of DUI cases over the last twenty-five years, I usually have a pretty good feel and a pretty good idea, if my client is honest with me, about what their blood alcohol level should be — if they've had two drinks, three drinks, four drinks, five drinks.

Also, another thing that I think impacts whether they're going to be prosecuted for a DUI is whether they ate any food at or around the time that they had the drinks because fare does change the game, and so does water as far as DUIs go and how your body is is absorbing the alcohol.

If you have a lot of alcohol at the same time and then shortly after that drive your car, and you don't have any food, you're going to put yourself in a pretty bad position as far as a DUI goes.

Once I have all of the information related to the client, I know what the blood result is, then I have a good feel for whether or not we need to do any further testing by using an expert, by doing what's called a blood split where you take some of the excess blood and have your expert check that blood. 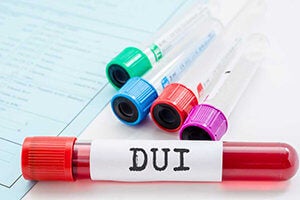 First of all, not everybody gives blood in every case. When they give blood, you want to talk to your client and evaluate everything before deciding whether to hire an expert and spend the money and time trying to figure out if they have the correct result.

For example, if the person said they had ten drinks and their blood alcohol level was a .15, that would probably make sense.  That would probably be too low. So, why would you do a blood split at that point unless you were just in dire straits and had to try to do everything you could? Then you'd be doing the blood split.

Not necessarily to refute the fact that the person had a high blood alcohol level because that sounds right if they had that many drinks. Still, you would be trying to look for some contamination that you might use to upend the case and say that the result is entirely unreliable because of the contamination related to the particular blood sample related to your client.

So, before you go marching down that road and spend the money and the time to get your hopes up, you want to talk to your attorney.

You want to talk to an expert about it, review the police report on the case, and do your homework, research, and investigation before moving ahead and challenging the blood in a DUI case.