Undocumented Immigrants and DUI in California

This is a situation where somebody who is not here legally gets a DUI and is arrested by the police, and they're trying to figure out what will happen to them immigration-wise related to one of these DUIs.

Probably the first and most immediate thing is they've been arrested and taken into custody, so that's automatically potentially going to trigger a problem because they're not here legally.

Will You Get Deported Over a DUI?

Sometimes the person is cited out into court with a ticket from the arresting officer or even let go from the jail before INS can put any hold on them.

If this happens, then the concern is if they get any jail or prison time related to their DUI, that can once again trigger INS or immigration to become involved, put a hold on the person, and then after their case is over or after they serve their sentence, they will be taken into custody. They will be deported at that point. 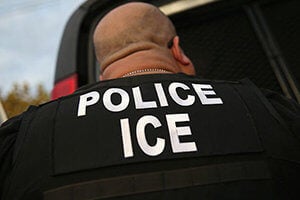 Whether this will trigger an issue for you trying to get your citizenship in the future.

And the answer to this is usually no.  Because typically, when they're talking about putting immigration consequences on somebody related to a crime, they're looking at the person's intent.

Also, even if somebody were on a green card and picked up a DUI, they would have a solid argument to stay in the country.

You start to get into problems related to DUI cases when you get the DUI and other crimes associated with a DUI, and those crimes themselves are deportable offenses because they involve moral turpitude.  They involve intent.

They involve someone trying to commit a crime, and it's a situation where immigration had a list of crimes that they are not going to permit somebody to be convicted of and remain in the country, even if they're here on a green card.

Consult with an Immigration Lawyer

The reason for this is that I get a lot of clients saying, well, I'm not a citizen, or I'm a green card holder, so I can't plead to anything. Then you say, okay, then you'd better be innocent because unless you're innocent, you're going to end up having to plead to something.

There's no reason to go to trial for no reason and lose because what will happen is you'll get the worse possible sentence, and then after you serve your jail or prison sentence, you're going to get deported.

You have to be realistic and bear in mind that if they've got the evidence on you, you're going to have to plead guilty to something.

So, when it comes to these DUIs that involve immigrants, your best stop, always first, is a criminal defense attorney who understands immigration consequences and issues surrounding DUI cases and who can get you the best possible result.