When it comes to DUIs, it's not very easy to get a dry reckless conviction versus a first, second, or third-time DUI.

These dry reckless are very hard to come by because they don't involve alcohol and when it doesn't involve alcohol, you're obviously in a much stronger position to protect your driving record to avoid going to jail and to avoid all of the problematic punishments that come along with a DUI conviction.

The problem with a dry reckless is that they're not very easy to come by.  In other words, it's challenging to convince prosecutors to mitigate a case in which the police arrested someone for down to a dry reckless when they believe that the case was a DUI matter.

Both are terms for different types of reckless driving offenses.  A “wet reckless” involves alcohol or drugs – a “dry reckless” does not. However, a DUI can be reduced to either one, but a dry reckless provides you with more benefits. In other words, it's the better of the two. 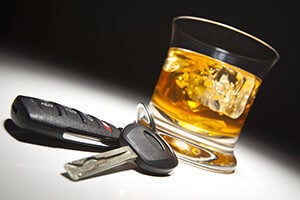 Reckless driving is described under California Vehicle Code 23103. It's defined as willful or wanton disregard for the safety of people or property.

It should be noted that reckless driving is still a misdemeanor crime – with penalties – but they are less severe than DUI penalties. To accept a dry reckless plea bargain, you have to plead guilty to this offense.

There are a lot of factors that go into a DUI case, in addition to the alcohol level.

The prosecutors and judges are also going to look at how safely the person was driving, how they performed on the field sobriety test, and they're looking at how dangerous that particular person was on the road.

The more dangerous, the less likely the individual will convince the prosecutors that they deserve a reckless drive because it is someone driving recklessly on the road — you could be swerving, weaving in and out of traffic. You don't want that conviction on your record, but it's certainly much better than an alcohol-related DUI.

I see prosecutors even considering a dry reckless when they genuinely have a problem with their case.

For example, maybe they don't know when the person was driving.  Perhaps they come upon a scene and the car's parked, and they have no idea when that idea was parked there.

That's one area where they would have a problem.  Another area is that the person's blood-alcohol level is close to the legal limit.  Anybody who blows a .07, .08, .09 with that breath test having an error rate of .02, there's an argument that that person wasn't a DUI, and therefore, that's where you could get a dry reckless.

I don't throw this around very often.  It's not very easy to get a dry reckless, but it is possible under the circumstances.

But in my experience, the only chance you're going to have to get a dry reckless is with an attorney who's handled thousands of DUI cases, know what the angles are, knows how to win a case, and knows what it's going to take to convince the prosecutors to mitigate a DUI down to a dry reckless.