One of the biggest, most striking things about a third-time DUI is that there is a mandatory minimum sentence of 120 days in the county jail, and if somebody is on probation while they get their third-time DUI, the prosecutors can add another year on the back of that.

So, you're looking at a lot of time in custody and a lot of times the judges and the prosecutors are not afraid to give it, because they figure once you get that third-time DUI they have to start taking matters into their own hands to dry you out and make sure you get punishment to deter any other DUI activity.

Once you get that third-time DUI, in addition to looking at a lot of jail time, you're also looking at your license being revoked.

They no longer suspend it once you get that third-time DUI.  The DMV and even the courts will get involved in revoking your driver's license to two, three, four, or five years or you're never going to be driving again.

You have to complete an eighteen-month alcohol program on a third-time DUI.

Sometimes they'll even up it to a thirty-month alcohol program if they think your behavior and situation is dangerous enough that warrants that long program and that long suspension or revocation of your driver's license. 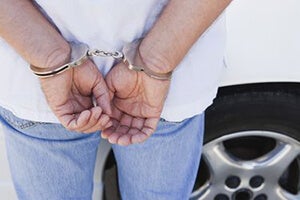 So, when you get into that third-time DUI area, the prosecutors are also a lot less likely to be willing to negotiate with your attorney and possibly give you a lesser offense or strike some of the punishment.

They're going to be much harsher when it comes to a third-time DUI on your criminal record.

The DMV is pretty much the same when it comes to a third-time DUI.

They are very loathed to be able to give able sort of a break.  They're going to be looking at taking that driver's license away as long a possible and trying to inflict punishment on you, not just that punishes you but also protects society.

Because at some point you have to realize that what these courts are looking at is protecting society from those individual who drink and drive but not only take their own life in their hands, but also take the lives of others in their hands and that's what the DMV, the prosecutors and the judges are supposed to be doing when it comes to a third-time DUI.

That is protecting the pubic — trying to impose sentences that block individuals from being able to jeopardize not only themselves, but people in the public and even their family because sometimes will drink and drive and have their own family members in their car — children — who obviously can't protect themselves and can't say that they don't want to be in the car with somebody who is intoxicated.

Anther trend that I see on third-time DUI's is that the prosecutors and court are looking to prevent the person from drinking any alcohol whatsoever, whether it being putting a scram device on them, especially while they're out and the case is pending, or just simply ordering the person to not have any alcohol in their system while they're on probation.

So, this starts to give a little bit of punch and a little bit of a sting to what the prosecutors can do to you related to a third-time DUI offense in Los Angeles and across California you really start to get on the radar of the police as well.

There's an H20 squad in the San Fernando Valley and basically what they do is they will follow people around who have a third-time DUI who have probation violations who have their license suspended and they're going to try to catch them driving and send them back into court and get them thrown back into custody again.

And especially if they're not allowed to drive and then they will arrest them and send them right back into court with a criminal probation violation and a new case for driving on a suspended license.

So, these third-time DUI's are taken very seriously and if you have one you're going to want to get an attorney who knows what they're doing and can help you.