One of the first strategies that I look at when evaluating a DUI case and what happened is to talk to my client about why the police pulled them over.

In other words, I would say a good 80% of DUI pullovers are simple random pullovers that are cloaked by the police claiming some traffic violation.

They're looking at people on the weekends and late at night who they perceive on the road have probably gone out and had some dinner and drinks, go to a bar, go to a club, and come home in the wee hours of the night. So, they figure they must have been drinking, so they drum up an excuse to pull them over.

Probably the most common excuse that I see is that they were weaving or swerving on the road because that's a tough one to refute unless you can get dashcam video that counters it — where you're looking at the dashcam, and you don't see the person weaving or swerving on the road — so obviously, we always try to get that dashcam video.  That's undoubtedly one defense strategy utilized in a DUI case.

When we start to talk about the pullover, the critical reason is that if they illegally pull you over in a DUI case, that illegal pullover can be used to suppress or block all of the evidence related to the case.

In other words, if it's an unlawful police stop, the fact that they got your breath based on that legal pullover won't be able to be used against you. 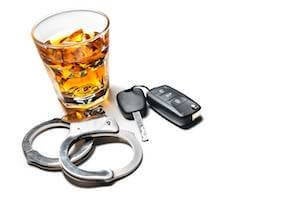 That's the first thing we look at when we try to figure out if there's a defense to the DUI — why did the police pull you over.

A lot of times, the police come upon you.  In other words, your car stalls in the middle of the freeway, and you're on the side of the road.

There's not much you can do about that because they're entitled to come up and investigate and see why you're stopped on the freeway and what's going on.

They can even say they're trying to help you, figuring you're disabled.  And if they smell alcohol or see that you're intoxicated, that will give them probable cause to be able to test you and see if you're driving under the influence of alcohol.

If you get past whether or not it's a lawful stop by the police, the next defense that I see coming up is that the defendant wasn't driving the car.

In other words, a lot of times — take our scenario where the person is on the side of the freeway stopped and they're not driving — the police have to be able to figure out when you were causing to use a breath or blood result against you because their expert is going to need that information to be able to figure out what your blood alcohol level was at the time of driving.

So, if you're pulled over on the side of the freeway, and you're the only one there, there's a good argument that you're probably the one that drove the car there.

Their next step will be to ask you why you stopped the car here?  If you tell them, they can use that evidence against you.

I see some scenarios where you can't tell who was driving the car.  Maybe there are multiple people involved in an accident.

There are multiple people in a particular car.  How do they figure out which one of those people was driving the vehicle to try to get them for a DUI?

Of course, that is another defense strategy that could be used in a DUI, and the type of evidence they try to get is obviously, the person admitting they were driving.

One of the passengers said that person was the one that drove the car.  They were the ones involved in the subject accident.

Other witnesses — for example, people on the road saw the person get out of the car's driver's door. Other people who might be involved in the accident identifying who they perceived as the driver is trying to refute that defense in a DUI case.

We're going to attack the validity of the machine if they're using the breath to determine that your blood alcohol level is above the legal limit.

We would get the calibration records for the machine at or near the time that the person was pulled over and the device was used against them.

If it's a blood case, we will request a blood split if we think there are issues with the blood.  That's something we talk to the client about.  We figure out how high they're claiming the blood result is.

We figure out whether the client had any alcohol first of all, and if they did have any drink, how much did they have, and then we usually have a good idea of what their blood alcohol level might be — or at least a range — and if it's well-beyond that field, then that would smack that there's something wrong with the blood result.

We could get our expert to do a blood split and see if there's any contamination or if the blood result is wrong by the prosecutor's expert related to the case.

So, some issues come up in DUI cases and some defense strategies that could be utilized to try to defend a DUI case.

Many other defenses can be used, but they apply to a particular case.  In other words, you look at the point.

You talk to the client.  You look at the totality of the circumstances, and then you decide what defense might apply.

Below are some common defense strategies if you have been charged with driving under the influence in Los Angeles or anywhere in California.

It's not the same defense every single time.  The facts have to be there to support that defense, and that's why it's so important when you get arrested for a DUI to get your DUI defense attorney as soon as possible.

Could you sit down and meet with them?  Give them all of your information so they can begin the process of defending you and seeing what strategies might work in your DUI case.