Bail or Own Recognizance Release

The first thing that will happen is that the judge will deal with any bail issues in the case.  Most times, on a first-time DUI, you're going to be let out on your own recognizance, which means you won't have to post any bail, and as long as you promise to appear each time in court, you'll be good. 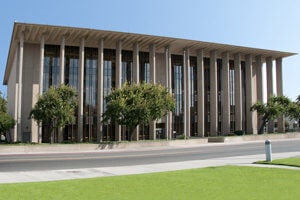 However, sometimes your attorney can set things up, so you don't have to appear in court unless they decide they want you to.  Other times, a judge will set bail.  This usually happens in felony DUI cases or DUI-related severe offenses at the first court appearance.

This is called the arraignment for your DUI matter, and your lawyer will typically be getting the paperwork related to the case, evidence, witness statements, and videos.

In DUI cases, the police often don't turn the videos over at the first court appearance.  The lawyer has to ask for them and send a letter to the prosecutors in Alhambra, and then they will turn over the information.

In my experience, your case will usually stay in the arraignment court if your attorney is considering trying to negotiate a plea deal for you.  If a plea deal cannot be arranged in the Alhambra courthouse, what will happen. Eventually, your case will be set for trial.

The case will be set in a particular trial court at the trial. Then there can be any motions filed by the defense related to trying to keep evidence out, an illegal stop, or any other issues related to the case. The judge in the Alhambra court will decide all of these issues.

Negotiation with Prosecutor for Best Outcome

Ultimately, if the case cannot be resolved, you will be entitled to a jury trial.  Members from the community in Alhambra will be brought in, and you will pick a jury, and they will decide whether you are innocent or guilty of your DUI case.

If you and your attorney decide it's in your best interest not to go to trial but instead to negotiate a plea bargain, your attorney will be dealing with the prosecutors in the Alhambra court.

Usually, the ones in the courtrooms or unless there's some particular issue, I will often meet with a supervisor or head DA in Alhambra to get the resolution that I think is fair for my client in their specific Alhambra case.

So, if you have a DUI there, pick up the phone.  Make the call, and we'll do everything we can to help you. If you face DUI charges in Alhambra, you need an experienced team of DUI lawyers who have the skills necessary to provide you with exceptional criminal defense.

There are many legal options on your side. A police officer MUST have probable cause to conduct a traffic stop by law. If they lacked probable cause for pulling you over, then the termination is unlawful, and your arrest and evidence collected during and after the stop could be inadmissible in court.

If the police make any procedural errors, the evidence obtained against you may be inadmissible, and your charges could be dismissed. If a police officer improperly administers a roadside breathalyzer test or mishandles a blood or chemical test, this evidence could be excluded in court.

The Alhambra DUI lawyers are well versed in DUI arrest and court procedures and can successfully guide you through this complicated process.

At the Hedding Law Firm, our goal is to provide you with the best DUI legal defense services in Los Angeles. Our commitment to our clients is the reason for our success. We believe that your reputation and future should not be destroyed because of a momentary lapse in judgment.

We will aggressively pursue every legal option available to ensure your freedom. We have successfully defended hundreds of clients facing DUI charges in Los Angeles County.

Our results have been extraordinary due to our concentration and dedication to defending DUI cases. We have developed effective courtroom defense strategies through years of practice. Contact our firm for a free, strictly confidential consultation if you want the best DUI lawyers in Alhambra, California, and throughout Los Angeles County.