One of the most significant times that I see this come up as it relates to criminal defense is when somebody gets in a bad accident, for example, hurts another person and is looking for a felony DUI. A great bodily injury allegation and a host of other criminal charges, and they're facing not only potential jail time but even potential prison time.

So, sometimes we can come up with an alternate to that custody time, which involves treatment for the person.

The reasoning and justification for that with the prosecutors are that if the person is thrown in jail or even prison, they will be out of society for some time.  They will be punished, and it will deter them from committing future crimes.

By the same token, if the person is taken out of society for some time to get treatment, that will impact the person because they won't be able to be with their friends and family.

They also won't be able to work and do all of the usual stuff that they do, but they will also be getting treated for the root problem, which is alcohol or drug addiction or both.

Some people even have mental issues thrown in there. We'll try to get them in a dual-diagnosis program where they're being treated for both substance abuse problems, whether it be alcohol or anything else, and any mental issues they might have.

Keeping a California DUI Offender Out of Jail

The good thing about this alternative sentence is that it will keep the people out of jail or prison if they can get it. It also satisfies the prosecutors a lot of time because they sometimes realize if somebody's in custody for 180 days up to a year on a live-in alcohol program or dual-diagnosis program, they'll end up being in charge longer than they would be if they got to jail or prison time. 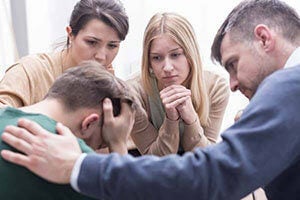 So, sometimes, that's tempting to the prosecutors under the right circumstances.

Often, we can even get the court to pay for the program if the person cannot afford them.  So, what we'll do is try to get them into an outpatient treatment program so they can continue to work to provide for their family and get treatment for any alcohol-related offense they may have.

It's a lot more challenging to get the out-patient programs when you have a scenario where the person is looking at a lengthy jail or prison sentence because the prosecutors don't view them as that much punishment. It's not as effective as an in-patient program.

Of course, the goal is to convince the prosecutor that instead of just throwing them in jail, they'll probably do a small fraction of the time you give them.

Why not get them some actual treatment so we can get to the root of their problem.  An alcohol program can change somebody's life for the better, and prosecutors really should be looking at that as well, in addition to trying to punish the person for a DUI or other alcohol-related offense.