What do you do if you are arrested near the Courthouse after making a court appearance related to a DUI? We see this a lot.  There's something called the H20 squad, a group of law enforcement — part of the arm of law enforcement — that tries to stop people from driving who have DUIs and have been ordered not to drive. 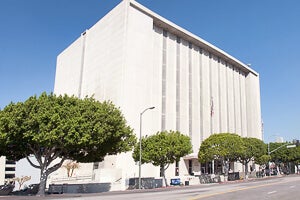 So you say to yourself, how do they figure out who these people are?  They're able, through their resources, to get the person's driver's license — get a Soundex photograph of the person.

They probably have cooperation from the court and the prosecutors because they're being given who's going to appear on the calendar that day.  They tie all that information together.

Now they've got a photograph of the person they're looking for and are out there watching people.  They follow them from the court. They're dressed in plain clothes.  It's called the H20 squad, and they can get you for driving on a suspended license.

Sometimes we can attack these arrests.  We can say that's an illegal stop.  They didn't have probable cause to stop that person.  Of course, we're going to have to be able to prove that.  If they can see that you had a court appearance, they've got a picture of you.

They know your driver's license is suspended, and they watch you get into a car and drive; that's pretty much probable cause to stop you and likely be able to arrest you or give you a citation to appear in court.

However, it just causes so many problems for you because if you were in court, that means you're on probation, and if you're driving on a suspended license because of a DUI, that means you're going to get charged with a Vehicle Code Section 14601.2, and that has to do with a DUI.  There's mandatory jail time for that type of conviction.  So, you want to avoid a conviction.

We try to do what we get hired on these cases in the Van Nuys, San Fernando, the Metro court, and all the courts that handle DUI cases in Los Angeles county.  So, you have to know what the ins and outs are.

You have to know what arguments will make sense, and judges might listen to trying to keep somebody out of jail who has been arrested by the H20 squad or cited because of a suspended license after going to court.

Not only are they looking at a new open charge, this is where a slight twist is put on things, and that is, in addition to that available charge, you're also going to be looking at a probation violation.

Because part of your probation for a DUI in Los Angeles County is to obey all laws and rules and orders of the court, so, if the court orders you not to drive on a suspended license — which they usually do when you have a DUI — or not to drive while your license is suspended, then you've violated your probation.

So, you're going to be looking at two potential punishments. One for the open new suspended license case related to the DUI because you're not allowed to drive and violate your probation to the court.  The prosecutors will have a say as to what your punishment is in that scenario.

Also, in addition to the prosecutors having a say, the court will have a say because they will decide whether you violated your probation and if you did what your punishment should be.

Negotiation with Prosecutor and Judge

So, many times, I've got to approach the bench, go up there, talk to both the prosecutor and the judge simultaneously, and say, look, this is my client's got.  What do you guys want to do? Sometimes they're reasonable if you can explain why your client was there and why your client was driving when they shouldn't have been driving.  Often, in these cases where the person is pinched outside the courthouse, they were going because they needed to get to court.

If you live far away, they're looking at whether you could have had transportation.  They're going to look at all these things because what you're trying to do is explain to the judge why you did what you did.

The judge will look to see whether or not that's a reason that might warrant giving you a break, and they're also going to look at your dangerousness level.  If you're drinking and driving and get busted for driving on a suspended license, those people will get the book thrown at them because they're dangerous.

If you get in an accident, these are the dangerous people hurting themselves and hurting members of society. Those are the people whom prosecutors and judges look to punish severely.

So, if you were caught after your court appearance trying to get into your car by the H20 squad, law enforcement, and you need help, you've come to the right place.  All you have to do is pick up the phone and call me.  Often, we're able to cinch up everything over the phone.  You can retain us with a credit card.  I'll send you a contract; you'll sign it, and I'll start working on it.