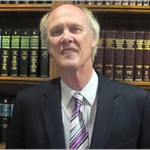 Ronald W. Hedding has been with The Hedding Law Firm now for many years.  He has practiced criminal defense, and specifically DUI law, since 1976 with a lot of success.  He's very well-known throughout the legal community, especially in the DUI courts — in Van Nuys Division 103 which is their DUI Arraignment Court unless the case is charged as a felony, in which case it will be in Department 100.

He's been all over LA county fighting for his client's rights.  He has a very good background as far as knowing defenses for DUI cases, knowing what it takes to win a DUI case and obviously, knowing what the most important factors are related to resolving a DUI case.

So, the bottom line is, you want a situation where your DUI defense attorney not only has experience in DUI law, but also knows the players in the system — knows the prosecutors, the judges and their tendencies and who knows when it's the right time to fight a case or file a motion to try to get it dismissed or knows when it's time to go to a jury trial and allow a jury to decide the issue related to your criminal matter.

But when you're looking at Ronald W. Hedding's credentials and what makes him an effective DUI defense attorney, probably his biggest weapon is knowing the players within the system and how to maneuver a case to get the best result.  That's crucial.

I've seen a lot of attorneys that simply do not have the knowledge.  Do not have not only the legal knowledge, but the knowledge of who they're dealing with in order to make the right moves related to a DUI defense.

“I endorse Ronald Hedding. Highly experienced and hard working attorney who fights aggressively to obtain the best possible outcome for his clients. Has a long history of successful case results and a respected member in the legal community.”

“38 years of exceptional criminal defense work is what we call experienced. clients adore him and DA's respect him. Read his reviews! Do yourself a favor and schedule a consultation.”

“I endorse this lawyer's work. He is top notch attorney with a great work ethic. Clients love him, because he care about them and what happens in their matter.”