Probably the most significant evidence they can have against you in the San Fernando court is your blood alcohol level.  The higher the level, the more difficult it is to win the case and the more challenging it is to avoid jail time and other punishments that come along with a DUI case.

So, if you've got a case in San Fernando, you've probably been given a citation.  If the case has been filed as a misdemeanor case, you'll start in Department M.  That's the arraignment court.

Did Police Stop You Lawfully?

One of the factors you're going to be looking at in deciding whether to fight a case in San Fernando court is number one. Was the stop lawful?  If they didn't lawfully stop you, you could file a Motion with the Judge.  The Judge will decide whether or not it was an illegal stop.

If it was an illegal stop, the whole case could be thrown out. You never even get to trial.  If it were a legal stop, the subsequent inquiry would be, what was your blood alcohol level?  Was it a .08 or greater?  Because if it was, then they can certainly make a run to convict you.

They'll have to call an expert.  They'll have to prove when you were driving, and they're going to have to show that whatever they used — whether it was blood or breath — is an accurate test and was correctly administered against you.

Can It Be Proven You Couldn't Safely Operate a Motor Vehicle?

Another angle to get somebody for a DUI that people don't think about is if you have any alcohol in your system — even if you're under the .08 — they can go after you for a DUI if they can prove that you couldn't safely operate a motor vehicle. 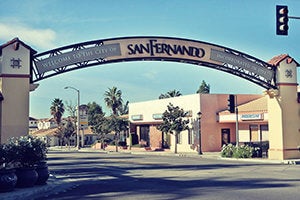 People don't realize that you can't have anything in your system that affects your ability to operate a motor vehicle safely.  And this is a huge problem now with medical marijuana being legal and people being able to smoke marijuana.

People now realize that if you're smoking marijuana and driving and the police believe that you can't safely operate a motor vehicle, that puts you in a wrong position because they're going to test you.

They're going to see that there's THC in your system.  Sometimes you could have smoked the day before, and there could be stuff in your system, so that's a real issue related to DUIs. With potentially the DUI law in San Fernando and across California being lowered to a .05 as they've done in Colorado, that's even more of a concern for people.

You heard that you started in Department M in San Fernando for a misdemeanor case.  You will begin in Department F for felony cases where you've injured somebody. That is the felony arraignment court.

You want to make sure that you've got an attorney that has experience in San Fernando, knows what it takes to win; knows what it takes to make the decision as far as whether you're going to fight the case or plea bargain it; knows the players; knows the tendencies of the judges and prosecutors in that courthouse, and knows how to get the best result for their client.