The Metro court is the main downtown courthouse that handles DUI cases — thousands of DUI cases are held there every year.  It's probably one of the most significant courts around DUI prosecutions  . Department 60 is the central court there.

That's the arraignment court.  That's where most of the cases are filed.  A person enters a guilty or not-guilty plea.  They can even enter a no-contest request depending on how they work out with their attorney.

The bottom line is that you want to have an attorney familiar with that court.  There are a lot of DUI cases going there because of its location.  As far as DUIs go, Los Angeles County is divided into certain jurisdictions, so depending on where you're arrested for your DUI, that will control where the DUI is filed. 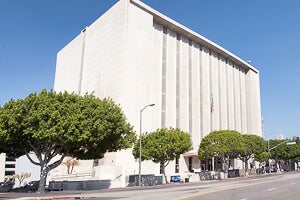 There's a lot of people in downtown Los Angeles — a lot of bars, so a lot of cases are filed there.  All of the Hollywood cases go down there.  Beverly Hills is split between them and the LAX court.

But just because of its location, there are a lot of cases going there.  So, that works out pretty well for people in general who have DUIs there because they have so many possibilities there; they have to be pretty reasonable as far as resolving them.

The lower your blood alcohol level and your DUI case in the Metropolitan court, which is 1945 Hill Street, downtown Los Angeles, the better resolution you're going to be able to get because the argument will be you're not as dangerous as those people who blow double legal limit for example.

So, you want a low blood alcohol level if you've got a DUI.  If you're high, they might charge an additional allegation with you, and then you have to deal with that.

Never refuse to take the blood or breath test when it comes to a DUI in Los Angeles county because what will end up happening is you're going to lose your driver's license for a year with no restriction.

Whereas, if you would have just cooperated, given your blood or breath, all you would, at the worse, lose it for thirty days and then after that you can get it back on a limited basis for five months, have to put an ignition interlock device on your car, enroll in a first-offender alcohol program and several other things, but it's all doable.

In Los Angeles County, you've got to have your license, so you never want to refuse the test because driving is a privilege, not a right, and they can take that privilege right away from you if you don't cooperate.

The implied consent law is something that you sign up for when you get your driver's license, and you've got to cooperate with the police if they think you're under the influence of alcohol.  That gives the police a lot of power because they don't have evidence many times.

They think you are because of the circumstances — you're on the Freeway late at night.  Maybe you're near a bar, so they figure you're out drinking and driving, and they'll try to get you.  They're trained to do that, especially the California Highway Patrol or CHP.  They're out there in force.

They give medals for getting accommodations for getting DUI arrests.  The more they get, the better for them.  So, they're looking to contact you.  They're not looking to be your friend.  They may be friendly, but they're going to arrest you if you're a DUI.

So, if you've got a DUI case in the Metro court, The Hedding Law Firm has been handling business there for over twenty-five years.  We know what it takes to be successful, either to fight the case if you've got a good argument in your case or to enter into a plea bargain with the prosecutors.

The Judge pretty much puts their blessing on it. Still, you're negotiating with the prosecutors in a DUI in the Metro courthouse, and most of the negotiation is done in Department 60, where you're going to be sent if you've got a case there.

If you have a trial issue or if you've got some illegal stop issue or a search and seizure issue, you're probably going to enter a not-guilty plea and move it to another court, and then we'll file a motion on your behalf. So, if you've got a case in the Metro court off Hill Street, give us a call.  We'll sit down and get the strategy together to get the best resolution, protect your criminal record, protect your driving record, do everything you can to do damage control, and get out of the criminal justice system as fast as possible.