DUI Defense of Don’t Talk to the Police

This is probably one of the most potent weapons that the police have in DUI cases. The defendant talks to them and gives them the information they need to prove that the person is guilty of driving under alcohol, drugs, drugs, or both.

I don't blame people because what ends up happening is, you get pulled over, and you're in such shock that you've been pulled over, the police come up, and you want to cooperate and be nice to them, so they'll let you go, but what you don't realize is their focus is not on just writing you some traffic ticket or saying hi to you.

Their focus is investigating you for a DUI, and as soon as you open that window up and they get a whiff of any alcoholic beverage — beer, vodka, whatever it is — that's it.  They're going to start to investigate you.

One of the first questions they're going to ask you is, have you had anything to drink tonight, and most people say yeah, I've had a couple of drinks, whether they've had a couple of drinks or not.  But as soon as the police hear that, that's the probable cause they need to be able to get you out of the car, make you perform the field sobriety test, use the preliminary alcohol screening (PAS) device to test your breath.

Then,  take you to the police station and pretty much ruin your entire night because you get arrested, you're put in the back of a police car, you're dragged into a local police station, and you know, the police take their time.  That's it; they're done.

Once they catch you, they can take their time, go through the paperwork, go through the process, and then they're usually done for the night, and they don't have to be out on patrol anymore.

So, they're looking to get you.  So, why people would talk to them and give them information and help check all the boxes for them related to your DUI doesn't make sense; once you've caught a Monday morning quarterback and look at it, but people do it, and one of the best defenses is, do not cooperate with them. 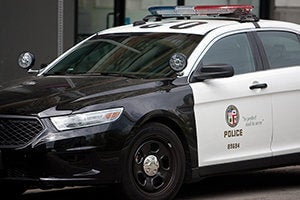 If you come into a DUI checkpoint, you roll your window down.  They ask, have you had anything to drink tonight?  We're performing some DUI checks out here on the road, and you look at them and say, nope.  I haven't had anything.  And that's it.

Especially at a DUI checkpoint.  They can't just grab everybody out of the car.  It would take forever.  They have to get those stupid dummies to tell them that they've been drinking, and then you shift right over to the line of people they're trying to catch for a DUI.

So, the bottom line is, do not cooperate with the police to give them information.  Yes, you can tell them certain general things.  But, if they're asking you how many drinks you have, what bar did you go to, where are you coming from?

You can say I've had nothing to drink.  I'm trying to get home.  Please give me a ticket if you think I've committed some moving violation, and that's it.

But these people who give them information are not doing themselves any favors because most times, you're not going to be able to talk your way out of a DUI. All the police are doing is gathering information. The more information you give them, the more you talk to them, and the more you admit things to them, the more accessible — not only do you make it for the police to arrest you and book you for a DUI — but you're also helping the prosecutors.

Prosecutors Will Use Your Statements Against You

I can't tell you how often I'm sitting there trying to argue a DUI case, and the prosecutors keep bringing up my client's statements.  Yeah, but your client said he had ten drinks over at the bar.  What kind of a person is that?  You want me to give your guy something other than a DUI, and he's over at the bar drinking ten drinks.

So, a lot of these admissions are not only being used by the police to arrest you, but the prosecutor is also using them to not only convict you but give you more punishment related to your case.

In other words, whatever you tell the police out in the field. At the same time, you're intoxicated; the prosecutors somehow think that alcohol is like a truth serum, that whatever you're saying is valid unless it's something that benefits you. Then they feel that you're lying.  So, as you can see, it's a lose/lose situation.

Don't give the information about alcohol or drugs or whatever's going on with you to the police.  You can be polite.  You can be cooperative.  But you don't have to give them a bunch of information that will help them arrest you and support the prosecutors later prosecute you for a DUI.

Be Polite, Cooperate, But Don't Give Incriminating Statements.

So, your best bet is to tell them politely; my attorney always tells me they don't talk to the police.  So, if you're going to write me a ticket, go ahead; I'd like to get on my way.  And if they are going to arrest you for a DUI, you can cooperate with them again.

If they think that you're intoxicated, you've got to take the blood or breath test; otherwise, you'll lose your driver's license for one year with no restrictions under the implied consent law, and you'll be deemed a refusal.

So, that wouldn't be a good move to say anything to them, which I've had some clients do.  But then they get you for a refusal.  Again, you cooperate.  You can give the blood or breath sample, but you don't have to provide them with information that helps them prove that you were driving under the influence of alcohol or drugs.