Can Police Stop You for No Reason Related to a DUI?

This is a good question because many of my clients are coming in, and it's pretty clear that the police stopped them for no reason. Other than the fact they suspected they might be driving under the influence of alcohol, they wanted to talk to them, smell their breath, and get them to admit that they had some drinks. Then they could get them out and do the field sobriety tests, test their blood or breath, and then arrest them for a DUI.

So, the concise and simple answer is that the police cannot just pull you over for any reason.  They need some lawful reason to pull you over.  Unfortunately, they do a lot of what we call bootstrapping.

In other words, they pull you over illegally, get you for a DUI, and then bootstrap and say, listen, the guy was DUI, was swerving all over the road, and that's why I pulled him over.  Of course, they've now got the information that your blood alcohol level was a .08 or greater.  So, how do you combat that is the question.

The way you combat it is that, fortunately, many police vehicles have what's called Mbars in them.  They've got recording devices.  So, if they're claiming that you made some illegal turn, some traffic violation, or swerving all over the road a lot of times, we can pull the video and check to see if they're telling the truth.

If the Judge sees that they've lied about something related to the stop, the Judge will often decide that the visit was not lawful, and if the ending was not legal, then anything that flows from the finish will have to be thrown out.

That would include your breath result, your blood result, all your field sobriety tests because they would've never been able to get you to do the field sobriety tests if they didn't illegally pull you over; any statements that you make — so that pretty much ruins their case if the defense can prove that the stop was not lawful.

So, what do they need to stop somebody?  That's the next question related to a DUI investigation.  They're going to need some traffic violations.  That would give them the ability to stop you. 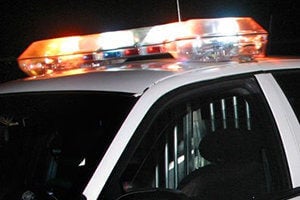 If they believe criminal activity is afoot, they can stop somebody, investigate, ask them questions and check it out.  Unfortunately, people are often honest when the police ask them if they've had anything to drink and admit it.

This is because maybe they've only had a couple of drinks, and they don't think that that will be a problem, or perhaps they've had more than a couple.  They claim they've had a couple, and they believe the police will just let them go.

What they don't realize is the police have already targeted them.  They believe that they are driving under the influence of alcohol.  They've already decided they're going to investigate him before they pull him over because they often pull people over on the weekends, late at night.

They figure most people who are out late at night on a Friday, Saturday, or even a Sunday night are probably coming from a bar, a nightclub, a restaurant, have had some alcohol to drink, and they're now driving, so they're looking to arrest that person.

That's a sad state of affairs, but that's the way that the police do it, so you have to bear in mind before you go out for the night that if you're going to drink, you better figure out an exit strategy that doesn't involve you putting yourself in jeopardy out on the road.

Indeed, the defendant can testify and say, I was driving fine.  Everything was good.  They just pulled me over for no reason.  The police can then turn back and say, no, he was swerving and weaving, and the reason he doesn't know that he was doing that is that his blood-alcohol level was over a .08, so he couldn't safely operate a motor vehicle, and he wouldn't know that because alcohol has taken command of him.

So, that's what you're fighting against.  There are situations where you can prove that the police pulled you over unlawfully and get the case thrown out. Still, you also have to realize the police know that, so they're writing their report so that they're trying to cover that argument by the defense attorney.

Whether you have an excellent chance to win that, you should realize that when it comes to deciding whether you were lawfully pulled over, a jury does not determine that.  A judge decides that.  In a DUI case, a jury will only decide whether or not you were driving on the road and your blood alcohol level was a .08 or greater, or you refused to take the test.  That's what the jury decides.

When it comes to search and seizure, motions and illegal stop motions are all decided by a judge, so you can run your activity and win or lose.  If you win, your case is over.  If you lose, your case goes on, and you're entitled to have a jury trial, or maybe you've resolved the case because that was your one big issue.

But no matter what, you have to have an attorney by your side because attorneys have handled these cases before.  They're able to neutrally look at the facts and give you a good feel whether you have a good argument to claim that the police illegally stopped you related to a DUI investigation and arrest.