Can You Ever Get A California DUI Off Your Record?

No “True” Expungement in California 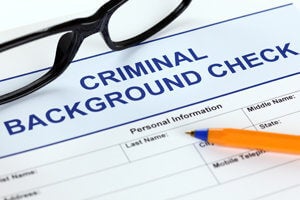 That's where you have a case you were convicted — for a DUI, for example — and you file dismissal paperwork, the court grants it, then that particular case will be dismissed.

So, now if anybody looks it up, they use the Department of Justice computer and do a live scan, run your criminal record on the Superior Court website — what they're going to find is a DUI that was dismissed.

So, for purposes of cleaning your criminal record, you can't just get rid of a DUI, unless, of course, it's a situation where you were arrested for a DUI, it went to court, and they ended up filing nothing. Under that circumstance, you can now seal and destroy that arrest record in California. You'll probably want to go through an attorney to do it right, but it is doable. So, that's the criminal record end of it.

What about the DMV? They are going to keep a record if you have a DUI. That's one of the significant factors in issuing driver's licenses. They're not going to let people get their DUI off the record. But for prior-ability purposes, just like in court — if you have a DUI — the DMV can look back ten years.

If you get a new DUI, they use that against you. Once that ten years has gone by, though, they can no longer use that to jack up penalties against you and take your license away for a year, two years, three years, as long as that ten-year period has gone by.

It used to be seven years. I've been doing this for twenty-five years, and I remember when they looked back seven years. Now they go back to ten years.

So, as far as your DMV record goes, they're going to be able to find any prior DUI's. You can't wipe them off your DMV record. But a far as them being able to use it against you, they're going to have that ten-year look-back period as it relates to a DUI. So, the bottom line is this — you can get your matter dismissed. You can't get it sealed and destroyed if it's a conviction in the state of California as it relates to a DUI.

The only time they're going to be able to get something sealed and destroyed is as it relates to an arrest record — where somebody is arrested and then no charges are filed. There's a new Penal Code Section that has come out that allows you — under the right circumstances, of course — and you're going to need to talk to an attorney about it — to seal and destroy that arrest record.

So, if you've got a situation where you have a prior DUI, and you're trying to see what you can do to get that off your record — or at least minimize it — give me a call. We'll sit down and talk about it. Often, I have you go into court and get what's called a “Minute Order” of the case.

That shows the case from the beginning to the end. You bring that into me. We'll take a look at it and see what we can do and what we can't do related to the DUI expungement. At least at that point, you'll know you've done everything you can do about trying to dismiss your DUI matter.

A lot of people get confused over the terms dismissed and expungement. The courts no longer use the term expungement because it's deceiving. Because people think if they get their record expunged, then it's gone, and it's not in California.

So, now they call it a dismissal under Penal Code Section 1203.4.

The bottom line is, go through an attorney when you try to deal with these things because attorneys have gone down this road before. They've dealt with these types of cases before, and we can get them dismissed for you and do whatever is necessary to keep your record as clean as possible.