Can You Get Your DUI Dismissed?

This is probably the biggest question on people's minds when they've been arrested by the police, thrown in the back of a police car, taken to the police station, held for a period of time and then let go with a citation.

Facing the Reality of Your DUI Case 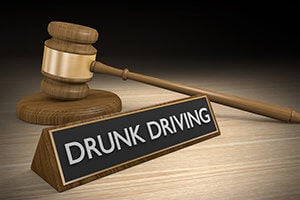 Any attorney that's telling you different and making it sound like you're going to get your case dismissed just as long as you pay them, is probably not telling you the truth. I field calls all the time.  I meet with people all the time that have met with attorneys.

Factors that Determine The Possibility of a DUI Dismissal

So, what you should be looking at when you're thinking about whether you have a chance to get your case dismissed is, number one: is your blood alcohol a .08 or greater.

The fact that you're a good upstanding citizen, you've never been in trouble before, that you didn't feel drunk, are all things that really don't matter much when it comes to a DUI.

What I would encourage you to do is stop looking at little scenarios that may or may not apply to you.  You need to get in front of an experienced drunk driving attorney.  Be honest with him.  Tell him what happened, because the attorney is going to look at the police report and is going to talk to the prosecutor and get their version of events.

So, getting a DUI case dismissed is not easy and it doesn't happen very often.  I'd say a very small percentage of the time.  You've got to have the evidence to win the case if you want to have any chance to get your DUI dismissed.

So, pick up the phone now.  Make the phone call.  I'm here to help you but I'm also here to tell you the truth about what you're facing with your DUI charge.