Will I Have Serve My DUI Sentence In California Or My Home State?

You Can Typically Return Home to Fulfill Court Obligations

This is a good question because many people will come to Los Angeles, California, and get a DUI, and now they're in court, and they want to go back to their home state because they were visiting relatives or somebody else.

The answer to this question is most of the time, we can get you to go back to your home state and still fulfill your obligations to the court.  One part of the sentence will be put on misdemeanor probation, assuming you don't get a felony charge.

If that occurs and you're put on misdemeanor probation, you can travel to wherever you want and back to your home state. One of the following things you have to look at is that you're going to be ordered to do an alcohol program and be put on probation.  Most alcohol programs can be fulfilled in any state in the nation.

The only thing we have to do is ask the judge that you be permitted to do your alcohol program related to your DUI in your home state.

Then my firm can make the appearances, the progress reports, to show the court that you're doing your alcohol program. Then obviously, when you complete it, we'll get a certificate of completion, and you'll be done and won't have to worry about that anymore.

Depending on what is negotiated related to your DUI, several different alcohol programs exist.  There's a three-month, six-month, a nine-month, an eighteen-month, and a thirty-month program.

So, those can all be fulfilled in your home state if it's coordinated through the court permits it.

Jail Time Must Be Served in California

If you end up getting jail time for your case, you'll have to serve that jail time in California, usually in any penal institution.  But if your case is in Los Angeles, it will probably be done in the Los Angeles County jail.

Other areas are a little bit more complex. For example, if you get community service, Cal Trans community labor, many judges want that work done in California to benefit California.

But, even under those circumstances, I've been able to convince courts to let the person do their community service in their home state.  It was, again, depending on the case and what you were ordered to do.

Most of the other terms and conditions can be completed in your home state—for example, AA meetings and NA meetings.  Sometimes people will get a live-in program or an out-patient program.  The courts are usually pretty reasonable for a DUI in letting you complete that in your home state.

The key to this is that your attorney has to press this on your behalf and make sure that the judge and the prosecutor know that you're not from California, and they consider that when they're trying to figure out how your case will be resolved.

So, if you have a DUI and you're from out of state and trying to figure out exactly how everything will work, pick up the phone and make the call.  I'd be more than happy to help you out.

Again, if an individual from out of state receives a DUI in California, they will typically complete the required DUI classes in their home state.  If a defendant wants to meet community service or labor to avoid a jail sentence, that will normally need to be done in California.

I have had great success throughout my career in helping clients avoid community service requirements, so they do not have to worry about traveling from their home state to California.

Can An Officer Confiscate My Out-Of-State Driver's License In A DUI Arrest?

Instead, they will issue a citation to appear in court for a DUI. Many of the computer systems are linked up now, which allows for what's called reciprocity between states. 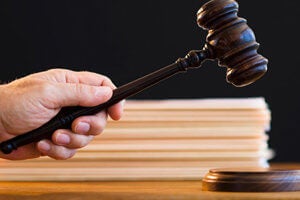 For example, when people come into California with a DUI from another state, they will usually have to complete a first-offender alcohol program and other requirements before obtaining a California driver's license.

Any time a person is charged with a felony DUI in Los Angeles, California, they will have to appear in court in California; failure to do so will result in a warrant for their arrest.

This is a big battle that I frequently have to deal with when representing out-of-state clients who have received felony DUIs in California.

In every case, I will try to find these clients not guilty, but if that isn't possible, we will have to come up with an alternative way of getting that client back to their life in their home state.

Out of State DUI