Difference Between A First And Second Time DUI

This is a good question. You certainly don't want to get another one once you get one DUI under California Vehicle Code 23152. If you do, people feel like it's over for them. They hated getting the first DUI and the consequences and responsibilities that came along with that.

Now, they figure getting a second one will be more complicated. A second DUI is treated differently from a first DUI because the authorities, legislature, police, and prosecutors feel that once you get one, you deserve to get a harsher punishment if you get a second punishment.

DUIs are set up and designed, so the more DUIs you get, the harsher the punishment is, and more bad actions are taken against you and your driver's license.

There's a DUI chart that you can probably Google that gives you some information about what happens on a first, second, third, and fourth DUI. 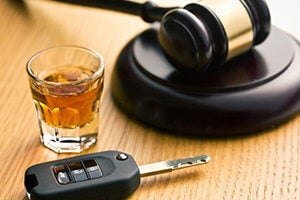 But even for DUI attorneys, that chart is confusing, so your best bet is to talk to somebody who has handled first and second DUIs and knows how these cases are dealt with.

To give you a feel for it. Usually, the fine is about the same — a $390 file plus penalty assessment, which generally works its way out to about $2,000, give or take. You can get some of that chopped off if you decide to do community service for it.

Then you can minimize it significantly. You usually don't get any jail time on a first-time DUI as far as jail time.

But on a second-time DUI, it's a mandatory four days in jail or ninety-six hours up to a year in jail. You're only looking at up to six months in prison on a first-time offense.

The probation in some of the courts is the same where it's three years. Sometimes other courts will move it up to five years.

Your driver's license is typically suspended for a year on a second-time DUI versus the thirty-day suspension for a first-time DUI. There are ways to get your license back before the year if you install an ignition interlock device in your vehicle and do other things related to your driver's license.

So, there is a big difference. You can be looking at jail time. They're usually giving you something more than that ninety-six hours. They're going to be looking at the surrounding circumstances of your DUI — was there an accident?

Were you going very fast? Was there other dangerous activity going on? So, there is a big difference between a first and second-time DUI as your license and your freedom go. You want to get an attorney for a second time DUI.

I often try to prevent a conviction for a second-time DUI because then it doesn't trigger as many of these penalties that I'm mentioning by getting a wet reckless, for example. That would minimize your punishment for a second versus first-time DUI in Los Angeles.