How Long Will You Lose Your Driver's License if You're Arrested for a DUI? The two biggest concerns that people typically have with a DUI are, one, they don't want to have a criminal record and go to jail — those go hand-in-hand — and then the second one relates to their driver's license. Obviously, in Los Angeles, most people need their car.  They've got to drive, and having a DUI and potentially losing your driver's license is a horrible feeling.  You lose control when that happens to you.

So, I find that one of my jobs is trying to protect your driver's license, and if you do have to lose it, we want you to lose it for the shortest amount of time possible.

You technically cannot drive the first thirty days, and if you get caught driving, you'd be arrested and cited for a new criminal case. If you were on probation for the DUI, you would violate your probation, so you don't want to get caught driving related to a DUI offense in Los Angeles.

After that first thirty days, though, you are entitled to get a restricted license on a first-time DUI in Los Angeles, and that would be for five months.

Driving on a Restricted Basis

For those five months, you're able to drive on a limited basis to and from work during the course and scope of career, to and from any schooling that you might have, and obviously, there are other exceptions that you would have to arrange with the DMV which they would have to approve. 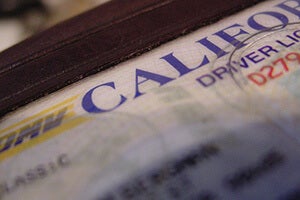 After the five months is up, you can get your license back; you just have to jump through a few hoops to get it back.

Things start to get complicated as far as losing your license is when you have a prior DUI or more than one DUI in your past, and you pick up a new DUI within ten years of that time frame.

Now you're looking at a big problem because now you're going to lose your license for a year with probably an actual suspension for approximately four to six months, and then you'd be able to get it back on a limited basis.

Also, if you're a refusal related to a DUI, you lose your license for a year with no restricted license.  So, this is probably the worst thing to do, and it's a bummer because I've heard people when they come into my office, so I thought I shouldn't cooperate.

So, if you or one of your loved ones have been arrested for a DUI and you're concerned about your driver's license, your concern is with good reason.  What I have you do is, you come in, and we sit down.  I've been doing this for 26 years.

I've handled thousands of DMV hearings over the years.  I have a lot of experience.  I know when a case can be won.  I know when you probably don't have a perfect chance to win the case.

But I know what to do when it comes to your driver's license being in jeopardy related to a DUI in Los Angeles. What moves can be made to win and beat the DMV, and when it's time to do damage control.

Also, to mitigate your circumstances and make sure that you get the least restrictive punishment related to your driver's license because I know how difficult it is when you lose it. Hedding Law Firm is a criminal defense law firm located in Los Angeles County at 16000 Ventura Blvd #1208 Encino, CA 91436. Contact our office for a free case evaluation at (213) 542-0963.