What Will the Judge do to You on a High Blood Alcohol Level On a DUI Case in Los Angeles When You Show Up for Court? Many people don't realize that the judges across LA County — and 38 courts — are taking challenging positions on driving under the influence or DUI-related offenses.

Suppose you had a high blood alcohol level. In that case, a lot of the judges in the major courthouses like Van Nuys, San Fernando, LAX, the Metro court, downtown Los Angeles are asking the prosecutors what your blood alcohol level was at the time of your arraignment and what they will typically do is set your bail at a high mark so they can keep you in custody.

But when you appear in court at your arraignment, the judge has the authority to put a bail on you, which would cause you to be taken into custody.  You then have to post the bail.

So, one big thing they do, especially in high blood alcohol cases, is to put a scram bracelet on your ankle that reads whether or not you can have any alcohol.

They will order you not to drink while you're out on your recognizance any alcohol, and that scram bracelet — which you will have to pay for — will reinforce whether you drink.  If you drink and the scram bracelet goes off, you can be taken into custody.  So, the judges have a lot of authority.

Another big thing they do in Los Angeles county for DUIs and high blood alcohol levels is to attend a certain amount of Alcohol Anonymous meetings every week while you're out on your own recognizance. 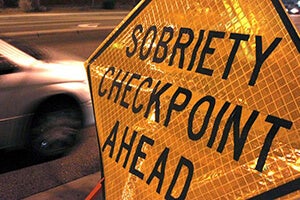 I think this is their way of (1) teaching you a lesson; and (2) reminding you that you have an alcohol problem, and for you to have gotten behind the wheel with such a high blood alcohol level, you need to be kept an eye on and if you do step out of line, the judge will come down on you like a ton of bricks.

So, be prepared to go in there.  Your first line of preparation is to hire a lawyer like me if you have a DUI in Los Angeles county because I'll be able to evaluate the situation before you go to court.

I will be ready when you go to court to be able to argue on your behalf, keep you out of custody, avoid you paying thousands of dollars in high bail and avoid a bunch of restrictions being put on you that you can't comply with.

So, if you had a high blood alcohol level, then obviously you want to get somebody like me to help you, and we'll go into court prepared so we can keep you out of custody, keep you working and get you on the right track to getting your DUI in Los Angeles resolved as fast as possible.

What is a High Blood Alcohol Level?

Many people will ask, what is a high blood alcohol level when it comes to a DUI?  I would say anything double the legal limit or more will be something that the prosecutors and judge will look at with a third eye and be prepared to up your bail or take you into custody at the time of the arraignment.

So that would be your benchmark, in my opinion, as to what a high blood alcohol level would be.  If you blew a .15, .16, or higher, you could bet the judge will take action against you.

Even if you blew lower than a .15, the judge might force you to do AA meetings, cause you to put a scram bracelet on, and move you to post bail if you have prior DUI's.  In other words, the more DUIs you get, from their perspective, the more you are unable to control yourself, the more likely it is that you're going to drink again, put yourself in danger, and put the public in danger.

So, if you've got a high blood alcohol DUI pending in Los Angeles County, I encourage you to pick the phone up.  You can usually get hold of me pretty quickly.  We can talk about your situation and start preparing the case to be dealt with the right way, right from the beginning, so if this is the first DUI, you can do it once, do it right and never do it again.