Driving in a Reckless Manner

What Happens If My DUI Involved Someone's Death? More and more, prosecutors in Los Angeles County, Orange county — throughout California — are filing murder cases against people who were drinking and driving and causing death.

People don't think in these terms because they figure if they were drinking and driving and didn't intend to kill anybody, how could they possibly be charged with murder. It's a second-degree murder charge because it states that you had malice by how you were acting and ended up killing somebody.

If you are convicted of that, you'll serve a fifteen to a life sentence in prison, which means you'll do 85% of fifteen years, and then you'll be eligible for patrol, but you won't necessarily be let out by the judge or by the parole board.

So, when you talk about these DUI death cases in Los Angeles County, I can tell you that if somebody is driving and they kill somebody, they're either driving with alcohol or drugs in their system. 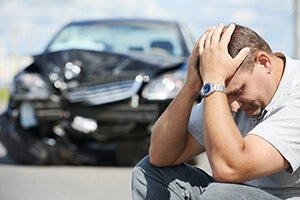 Then, now, believe it or not — even if they don't have drugs or alcohol in their system — if they're driving in a wanton/reckless manner, going through red lights, going 100 miles an hour, and they kill somebody — I'm seeing prosecutors in Los Angeles file, not DUI-related charges. Still, they're going to file a murder case.

People think there's no way you can be convicted of that, which doesn't make any sense, but the bottom line is this. The law is there.  They're able to do it.  They can get that malice of forethought.

They've got the death, and now you're being charged with murder.  Think about it.  Do you think a jury will have sympathy if you were either drinking and driving or using drugs or driving like a maniac on the street and killing somebody?

I mean almost anybody, especially if you end up killing somebody sympathetic — a mother, a father, a priest.  Life is so precious.

Here in California, if you're driving and affecting others and you kill somebody, a jury will not have any sympathy for you whatsoever.  So, they're likely — even in close cases — to bridge the gap and find you guilty.

So, if you're charged with murder related to DUI or reckless driving, pick up the phone.  Make the call, and we'll sit down and talk.  I've handled a lot of these cases.  I've tried them at a trial level.

I've argued the jury instructions (CALCRIM 591) and questioned the jurors about them.  I have a pretty good idea about how they resolve these cases, and then, of course, I've negotiated with the prosecutors.

The top prosecutors usually handle these DUI death cases.  I talk to them all the time. Whether or not someone who drank alcohol or used drugs/some substance — even marijuana — and ended up killing somebody deserves fifteen to life.

A lot of times, I'm able to convince them.  They know they don't deserve fifteen to life.  That should be reserved for people who set out to kill somebody or get angry and end up killing somebody — not for people who are drinking and driving, using drugs, and driving.

Those people deserve to be punished because they've killed somebody, and they obviously should have thought ahead before they ingested anything and got behind the wheel. Still, we have a pretty good argument that that shouldn't be a murder case.

You have all the good things because then we can start to argue that this could be anybody, and now you're going to hit the guy with a murder charge?  You're going to put him on the same level as somebody who goes and intentionally kills somebody?  That's going too far.

So, we've got some outstanding arguments, but really what you need — and in my opinion, there aren't many attorneys who have a lot of experience in this area — because these cases are severe when you're faced with a murder charge.  A lot of these criminal defense lawyers out there are afraid.  They don't want to deal with them.

They don't have the type of experience I've been doing this for 26 years.  Worked for the DA's office.  I worked for a Superior Court Judge in Los Angeles, and I've been battle-tested for 26 years since 1994.

I've been a criminal defense attorney fighting for my clients in and out of court — over 200 jury trials and thousands of DUI cases and I've been involved with this transition.

Usually, to file somebody with a murder charge on a DUI case, you will have to prove that they knew how dangerous it was to drive.  They have prior DUIs, and they were educated in the class, and the type tells them this is what happens. You could kill somebody.  That's how it used to be.

Now prosecutors say no, no, no.  We're not going to do that anymore.  The bottom line is now everybody knows it's dangerous to drink and drive, smoke marijuana and drive, use drugs and drive.

So, if you kill somebody, we're just going to assume that you should have known better, and we're going to punish you accordingly, and all jurors know the same thing.  They've seen on social media people are getting charged with murder.  They know how dangerous it is to drink and drive.

They know what the statistics are.  They don't have much sympathy for people who kill other people, even if it is by accident because they figure that you should have known what could happen if you were going to drink and drive and make your plans while you were sober.

You can't fall back on being drunk and not remembering what happened.  You should have known before you started drinking that your car is out there.  You're going to have to drive it.

Could you not do it?  Take Uber.  Take a taxi.  Walk.  Call a friend.  The list goes on and on.  This is the mentality you're up against — your attorney is up against. So, if you want help and need somebody who's a heavy-hitter, handled these cases before, pick up the phone and call me, Ron Hedding.  I've been doing this a long time.  I stand at the ready to help you.

Related:
How to Defend a Watson DUI Murder Charge
What Am I Facing If My DUI Caused a Death?