What Are the Consequences of a DUI Refusal in California?

Many people will come into my office saying that they refused to take the DUI test when the police pulled them over, and they somehow think they can now win the case.

Somebody gave them bad advice and thought they made a good move.  The bottom line, I rarely see cases where refusing to take the DUI tests when asked by the police is a good idea.

If you refuse to submit to a DUI breathalyzer test or a blood test after a lawful DUI arrest in California, you will face penalties for a chemical test refusal. 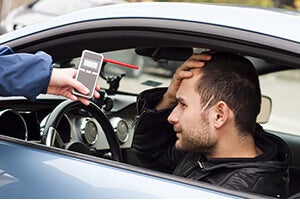 The consequences of a chemical test refusal are increased penalties in addition to the standard California DUI penalties, and there is a mandatory driver’s license suspension regardless of the outcome of your driving under the influence case.

California Vehicle Code 23612 VC refusal enhancement increases the penalties for any DUI conviction. For the enhancement to be imposed, the prosecutor must prove the crime's elements for the underlying DUI charge.

First, the police officer asked them to submit a chemical test to determine their blood alcohol content or whether they consumed drugs (DUID), defined under California Vehicle Code 23152(f).

Finally, the police officer lawfully arrested the defendant and had reasonable cause to believe they were driving a motor vehicle while under the influence of alcohol or drugs. Let's review further below.

What Does Fully Advice the Defendant Mean?

To “fully advised” the defendant, a police officer is required to tell them all of the information below:

Submitting to the PAS test doesn't satisfy a defendant's requirement to submit to chemical testing and won't prevent a subsequent refusal enhancement.

The police officer has to make sure the defendant can understand the admonition. However, if their behavior prevents comprehension of the admonition, they can still be held responsible for any refusal.

What Are the Penalties?

The VC 23612 refusal enhancement adds the following penalties for a defendant convicted of DUI:

What is California's Implied Consent Law?

The reason for all this above is we have what is called the implied consent law, which talks about when you get your driver's license, you've got to agree if the police think you might be driving under the influence of alcohol or something else, to take the test. 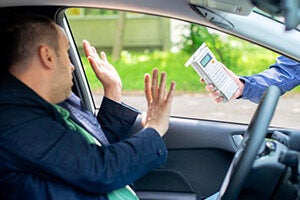 Because if you don't agree to that, then they'd rarely be able to catch anybody for a DUI because they wouldn't have to take the test.

By driving in California, you are presumed to have consented to chemical testing for blood alcohol levels (BAC) or drugs if you are lawfully arrested for DUI.

So, that's the implied consent law, which works in California.  If you refuse to cooperate with the police, they read you all the appropriate rights you have.

That's a horrible result in a DUI case, especially if it's a first offense, because if you had just cooperated and taken the test, and even if you were DUI, you would have only lost your license for 30 days. You could have gotten it back on a restricted basis if you had just complied with some rules by the DMV.

What Are the Possible Defenses?

The ramifications are not good if you refuse to take a chemical test when asked to by a police officer.  Of course, there are ways around this.  Maybe the police don't correctly advise you.  Maybe there's something else going on that your attorney can use to help you.

Another ramification of not taking those tests is that the prosecutors, in the criminal case, will file an additional allegation on you that you didn't comply with what you're supposed to regarding your DUI chemical admonishment, which means other potential punishment for you.

So, the bottom line is, if you're a DUI refusal, you're facing bad outcomes in both criminal courts and with the DMV.  You'd better get an attorney right away.

I've been doing DUIs for 30 years.  I've represented thousands of people just like you.  I've worked as a superior court judge for the District Attorney's office, handling cases like yours since the early 1990s.

So, pick up the phone now.  Ask for a meeting with Ron Hedding.  If you've got a refusal case, that's a big problem.

You want to get an attorney to do everything they can to minimize the damages because you make it easier for the prosecutors to win the case if you refuse to take the test because then all they have to do is show that you can't rebut the presumption that you're DUI.

What I mean by that is, if you could quickly run out and take a test during the timeframe they're claiming that you're DUI, then you could show, look, my blood alcohol is under .08, so I'm rebutting the presumption that I am.

But, of course, people cannot do that because they get arrested, thrown in a police car, and held for hours. They punish you because you didn't cooperate with them, so now they're going to hold you and claim we don't know how bad this guy is because he wouldn't let us give him a test.

So, pick up the phone and ask for a meeting with Ron Hedding.  I will do everything possible to help you with your DUI refusal case. The Hedding Law Firm provides a free case review by phone or fill out the contact form.