In California, that strike will stay on your record for the rest of your life unless and until they repeal the Three Strikes Law, which I don't think will happen.  It's been in effect since I've been practicing law doing DUIs, fighting great bodily injury allegations since the early 1990s.

Another effect is any jail or prison time you get; you have to serve 85% of it because it makes the crime a violent felony. All violent felonies in Los Angeles county have to be served 85% across California.

In addition, a significant bodily injury (GBI) allegation under California Penal Code 12022.7 adds three years' prison on top of any sentence that a person gets for a DUI.  So, if you were to get a felony DUI for example, and they gave you a common term in prison for two years, they would then add an extra three years.  So, you'd be looking at five years at 85%.

Now you start to feel how vicious this great bodily injury allegation truly is.  It gives the prosecutor a very powerful negotiation position because they can come at your client and say, we'll provide you low-term sixteen months in prison related to your DUI.

We'll strike the GBI allegation.  So, you won't have to serve that three years, and then the question becomes, they make you admit it but don't give you the three years, or they strike it altogether.

Because if they make you admit it, even though you don't get the three years, you still end up with a strike, and that fifteen months you're going to end up serving likely at 85% because you had to admit that GBI allegation unless they don't sentence you on it. 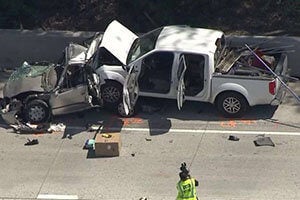 However, it still makes it a strike when you admit the great bodily injury allegation.  So, that shows you that they have a heck of a lot of power in a DUI case.

The difference between great bodily injury in a DUI case and serious bodily injury is what gets you the felony — it's very, very indiscernible.  Very tough to tell.

But, if you're not sympathetic, if you were driving around drunk hurting people, when you go to trial, do you think the jury will give you the benefit of the doubt and give you the serious bodily injury versus the great bodily injury allegation?

Do you want to take that risk?  Because if you get convicted at trial, the judge is probably going to say, I've got no choice.  I've got to give you at least three years for the great bodily injury allegation, plus I can't provide you with probation for the felony DUI.

I'll probably have to give you fifteen months, two years, three years.  Now you're looking at a heap of time in prison over a DUI case.  But realize, these DUI cases in California are vicious.  They're politically driven.

Mothers Against Drunk Driving have a substantial political base in California. I would say that California is probably one of the toughest states in the union regarding DUI cases.

You better get to someone like me who's been doing this for over twenty-five years, knows how to deal with these cases, knows how to fight for you, and gets you what is fair in your DUI matter.