How Long Does a DUI Stay on Your Record?

If you pick up a DUI and have prior DUIs, they will look back and see whether or not you have another DUI within ten years.  If you, it's a second-time DUI.  If you have two DUIs within ten years, it's a third-time DUI, etc.

The more prior DUIs you have, the more severely the prosecutors and judges will treat you for purposes of punishment and sentencing related to your current DUI offense. So, one area is to look at the DUI for criminal purposes.  Sometimes you're outside those ten years, but the prosecutors can still see it on your criminal record.  If that's the case, you can't stop them from considering it.

They can't legally use it to enhance your sentence and call it a second, third, or fourth-time DUI. Still, they can certainly consider it in the big scheme of things in deciding how they're going to deal with you for the current DUI against you. See CALCRIM 2110- driving under the influence. 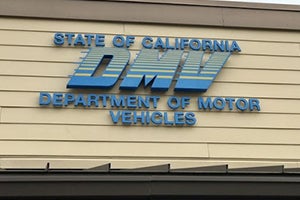 Some are specifically designed to try to rope in business for people who have prior DUIs, so those companies are going to be more lenient when it comes to quoting insurance rates for those individuals who have DUIs versus a lot of the leading stream insurance companies, who simply are not going to give you insurance.

They will quote the quote so high that you won't be able to pay it, or they will simply not insure you because you have a prior DUI.

Let's say you go and try to get a job.  Your arrest and conviction — if they do a live scan or search your record the right way — they will see your arrest.  They're going to see your confidence.

One thing you can do is file a 1203.4 of the Penal Code dismissal.  It used to be called an expungement, but then they realized it's not a true expungement in California.

Many people were getting confused, thinking that it would be completely wiped off their record when they filed that, and it was granted, which is not the case.  It shows a dismissal related to a prior DUI, and that's typically the best you can do in California if you've completed your probation and you file that motion.

So, those are the three areas where DUIs are found in your record.  The real issue is if you've got a prior DUI or even a current DUI and you're concerned about the ramifications are going to be long-term for those three years — your criminal record, your public record, and your insurance record.

You're going to want to sit down with a DUI attorney and probably bring in a Minute Order from your record or even do a live scan, which I have a lot of people do. Then we see what you're looking at moving forward and whether any of the records can be alleviated, and we can get a 1203.4 motion granted.

For example, if you have a prior DUI and you've completed your probation, sometimes people have been arrested on their record, and nothing was filed; depending on the circumstances, we may be able to file a motion to seal and destroy your arrest record.

Reviewing Strategy with a DUI Attorney

So, several things can be done depending on the circumstances and what happened in your case, and sometimes there's nothing that can be done. Sometimes you've got the conviction.  You've made the motion, and it's been dismissed.  It shows up, and you can see that someone had a DUI, and it was denied at a particular time.  That's the best that you can do in California in many circumstances.

Even if you have a new case and you're worried about your criminal record, you will want to sit down with somebody like me who's been doing this for 26 years. Let's talk about what you're genuinely facing moving forward, and I think it's incumbent upon DUI defense attorneys to e honest with you and tell you. You do the damage control that needs to be done, get out of the criminal justice system as fast as possible, and moves on with your life.