How Long Does a Typical DUI Take to Resolve Itself?

They're really in shock because they've lost control of their situation.  They're facing criminal charges.  They're potentially facing jail and losing their license, and they don't know what to do, so they get apprehensive about it, and they want to get it over with as fast as possible.

To give you an idea, since I've been doing this for 26 years in Los Angeles County, most of the courts you appear in the court.  You enter a not-guilty plea, or you can continue the arraignment depending on your attorney's strategy. In Van Nuys, for example, they will have you come back in a couple of weeks.  If you choose, you can resolve it after those couple of weeks if it's in your best interest.

The Metro Court, which handles a higher volume of cases — downtown LA, 1945 Hill Street — holds all the Hollywood bars.  They've compacted many courts and closed about 10 to 15 courts, so Metro gets a lot of action, which will take longer to resolve.

There's probably a 50% chance when your attorney goes to court in that particular downtown LA courthouse that they're not even going to file the case yet on the first arraignment. They don't have the time, and they don't have the workforce, so a lot of times, a patient will be continued for a month or two, and you get a letter in the mail that they filed the suit, and then your attorney can deal with it.

A couple of Weeks and Up To Six Months

But I think to answer the question. Specifically, it can take weeks from your arraignment to six months.  I've even seen cases stretch out the past six months if some excellent issues need to be prosecuted and some things aren't available. 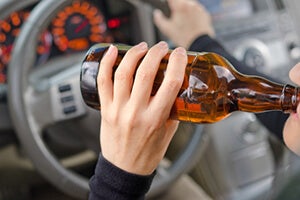 Also, maybe you want to do a blood spit.  Maybe you blew a .07, 08, .09.  That's close to the legal limit.  If you've got other factors in your favor, like passing some of the field sobriety tests according to the police, your driving was fine.

It's your first offense; then you may want to do that blood split, pay an expert $500 and see if maybe the expert comes up with a different result.  Maybe there's some contamination.  If it's a breath test, perhaps the machine wasn't correctly calibrated.  Perhaps it was taken out of service after using it on you because there was a problem.  Who knows?

The bottom line is that my firm will look at everything, and if we see that there are issues with the case to tackle, we're going to challenge the prosecutors.  We're going to do everything we can to get the case dismissed, and if we can, fantastic, you'll be happy and leave us a review like so many other people have.

But if there are no issues, we're going to probably want to plea bargain, negotiate the case and try to resolve it.  It will be up to you if you wish to take the case to trial.  I don't quote a problem at the beginning of an issue because we often don't have the evidence at the beginning of the case.

So, why would you charge somebody a trial fee, get the evidence, see that they're not likely going to beat the case? They'd just be wasting their money and probably get a worse punishment if they went to trial.

I don't do it that way.  I take a flat fee, and it covers the case up to trial, and then we decide whether or not you want to take the case to trial.  If you decide you do, I'll charge you a fee to try the subject, and then we'll play it from there.  So, all this stuff is common sense.

Don't listen to these lawyers or office staff when you call over the phone to mention all of these defenses.  If you hear a reason and you think that doesn't apply to me, now you're in a sales pitch.

Whoop-t-Doo.  That doesn't help you.  You want to hear cold hard facts.  You want someone who's going to give it to you straight to make an informed decision and make the right decision so that you can get out of the system as fast as possible with the least amount of consequences. If you want help, you've come to the right place.  Pick up the phone.  Make the call now.  We will make it easy and smooth for you.