How to Know if You’re Too Drunk to Drive

This is an important question.  I'm sure people ask themselves this all the time.  From my perspective, having handled DUI cases for the past twenty-five years, the decision as to whether or not you're going to drive on any given night should be made before you start drinking. When you make decisions after you've had some drinks, you tend to make the wrong decisions, and you don't have to be drunk to get a DUI.  You have not to be able to operate a motor vehicle safely.

I've had plenty of clients; I'd say the majority of them tell me that they've felt fine and weren't drunk, yet they still got arrested, and many of them were convicted of DUIs because of their blood alcohol level a .08 or greater.  That's the standard.  It's not whether you were drunk.  If you were drunk, you'd probably have even driven the car.

When you're drunk and falling, that's a horrible time to drive.  But that's not the standard.  That's not the test.  It's not that you're drunk, so you're going to get a DUI on your record.  Your blood alcohol level is .08 or greater, and the prosecutors can prove it.

Then you're going to get a DUI.  Even if your blood alcohol level is below the legal limit and the prosecutors can prove that you could not safely operate a motor vehicle, they can get you for a DUI, and the way that they demonstrate this is by using the field sobriety test and making the argument that you did not pass those tests.

Of course, that's very subjective on the part of the police as they sit there and take notes — or at least mental notes — as you try to perform the field sobriety tests, and then, later on, they will write up a police report for the prosecutors who will then decide whether to file the case.

If they do file the case and the case goes to trial, they're the ones who are going to be putting on the evidence to try to sustain a DUI conviction.  But, this fallacy that someone has to be drunk to get a DUI is wrong, and if you're looking at this website not having a DUI on your record and trying to gather information, that's fantastic.

Making a Decision Before You Drink and Drive

It would help if you were deciding whether you're going to drink and drive before you head out for the night.  Trying to make those decisions on the spur of the moment after having some drinks is typically where people get in trouble. 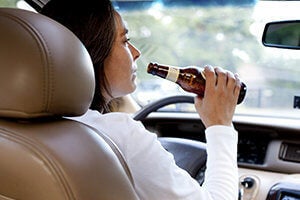 Marijuana is now becoming more and more prevalent. When the police get their hands on you, if they believe that you're intoxicated and can't safely operate a motor vehicle, they will arrest you. You don't necessarily have to be drunk.  Having handled thousands of DUIs over twenty-five years, most of my clients aren't drunk.  The very few who are drunk end up getting in bad accidents, killing people, and hurting people.

Those are the ones who are obviously in the worse trouble.  But, most of my clients aren't drunk.  They had some drinks.  They may be intoxicated.  They may not safely operate a motor vehicle, but they're not necessarily drunk.

So, don't use that as your standard, and if you're trying to figure out how you're going to deal with your DUI case, instead of just getting information from the internet, you need to sit down with a seasoned DUI defense attorney.

Indeed, getting information from the internet is a good thing because it gives you a base. Still, you want to talk to an attorney about your specific situation to end up with the most precise and accurate answer as to how you're going to best deal with your DUI case.