Is Bail Effective for DUI’s During the Coronavirus?

This is a massive question because obviously, nobody wants to go to jail if the police have taken you or a loved one into custody.  Not only are you facing dangers in prison that have been that way in Los Angeles county for a long time, but you're also looking at being exposed to the Coronavirus in the Los Angeles County jail system.

This is whether you're housed in twin towers, wayside, or the county jail of Bauchet Street.  You're five to fifteen times more likely to get the Coronavirus than the average person because you're smashed in like a sardine with other people.

The bottom line is that we have some pretty good arguments to avoid a person being caught and stuck in jail while this pandemic continues.  One of the biggest ones is that the Los Angeles County Superior Court and the powers that be have just basically issued an order that all bail is no-bail, and they've come up with ten exceptions to that rule.

Of course, for the most severe cases.  If you're endangering the public, you have a lot more likely to have to post bail.  If you cause significant bodily injury to somebody during a GBI, you will have to post bail because that is a violent felony.  It's a strike, and that's one of the exceptions to the rule. 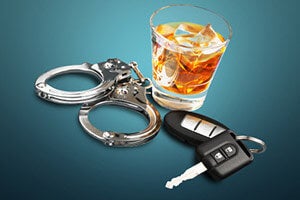 But for the most part, we've got an excellent chance to get a person out of custody during the Coronavirus because of the threat to their safety, and there's not that much that the sheriffs can do in protecting people.

Several sheriff's deputies have been impacted as well.  So, it's a real serious concern right now, even for DUI cases that you don't want to be arrested.

Not only are you exposed to the Coronavirus in county jail, but you're also exposed to the virus while you're in the local prison because, again, you have a lot of people going through there.  They're not the most sanitary locations, and it's tricky to practice social distances when you're in a jail setting.

So, if you or a loved one has been arrested for a DUI and you're concerned that you or your loved one will be held in custody, sometimes at your arraignment, you can be taken into custody.

That's another reason to get a great attorney – someone like me who's been doing this for 26 years and has a lot of experience dealing with bail issues as it relates to DUIs, especially now while the Coronavirus is going on.

I've had a lot of success in getting my clients out of custody and resolving cases because the prosecutors have an eye towards clearing the county jails as much as possible while dealing with this pandemic.

So, if you have a DUI or a loved one you know has a DUI in Los Angeles County and were arrested by the Los Angeles police department, the sheriff, the California Highway Patrol, pick up the phone.  Make the call.

A lot of times, you can get me on a case right away over the phone, and I can start working on it, assist you with a bail-bonds person if that's necessary, and help with the court appearance so that we can convince the judge to let you or a loved one out.

Danger to the Public

One of the key arguments that we will have to get around is a danger to the public.  Of course, we want to make sure you show up for court, which is one of the considerations.

But when it comes to this sort of stuff, if you're drinking, driving, getting in accidents, going 100 miles an hour, hurting people, that's going to be something that will trump the Coronavirus, and they won't care. They'll leave you in custody because they don't want to let you out of custody, and then somebody ends up getting hurt or killed because they gave you a break because of the Corona Virus.

A lot of this stuff when it comes to DUIs, bails, whatever the case may be, is common sense, and that's why it's so crucial to have an attorney who has handled cases precisely like yours, been down the path that you're going to travel and has had success, and that's what we do.

I've got over 400 reviews from other attorneys, former clients, and current clients on the internet.  I have over 300 videos on various topics.  There's a bunch of DUI videos.  There are many felony DUI videos to kind of give you a feel for how those play themselves out in the Los Angeles court system.

I love what I do.  I'm very good at what I do.  If you need help related to a DUI/bail situation in Los Angeles, pick up the phone now, and you'll be able to get a hold of me, and we can get the case moving in the right direction.