Is There a Chance the Prosecutor Will Dismiss My DUI Case?

What is the Likelihood the Los Angeles Prosecutor Will Dismiss My DUI Case? This is a big question that I've got from clients over the last 26 years of representing thousands of people charged with DUI, and the question makes sense if you don't know anything about the criminal justice system.

Realize that if you were arrested by the California Highway Patrol (CHP), most of the arrests are made, but LAPD or the sheriffs make some.  All those agencies, especially the CHP, are trained to arrest somebody and not mess the case up properly.  So, if you've been arrested, they've probably got something on you.

Mainly because my client gave me some good information that I could pass on to the prosecutors who are lawyers like me, and we can avoid the case even being filed.  That's not a dismissal.  That's a non-file, even better than a dismissal.  You don't want to have a lawsuit filed against you in the first place.

But the reality is that the DUI will not be dismissed because if they arrest you and your blood alcohol level is a .08 or greater, prosecutors will prosecute you in Los Angeles. 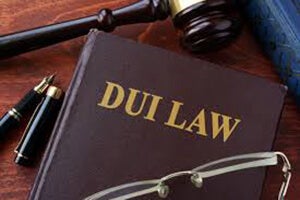 It's a very political crime.  California probably has the worst and most heavily prosecuted DUI system in the nation, so that they will charge you.  They're not going to dismiss the case.

To get a dismissal, you will have to be found not guilty.  You take the case to trial.  You want to make sure you get an attorney who has the experience and can be truthful with you.

One who will tell you whether or not you have a chance to get a dismissal in the first place or whether you'd just be wasting time and money and risking a much more harsh punishment than if you would have just worked out a deal with the prosecutors.

So, if you want to get a dismissal, you need an angle.  What are examples of hooks?  I can tell you.  The police can't prove when you were driving the vehicle.  You weren't one of those dummies that tell them, yeah, I just crashed here on the side of the road ten minutes ago, and you give them everything.

This is crucial because if they can't prove when you were driving, how do they know what your blood alcohol was at the time of driving?  Think about that.  So, that might be a case where you can get a dismissal if you have the right circumstances.

But again, use common sense. If it's clear you were the one driving, even if you weren't driving when the police got there, you're probably going to lose that case.  You have to talk it over with your attorney to decide whether or not the driving-related issue is one you can win the day with.

Maybe it can go either way; you can get the DUI dismissed and plead to a lesser charge, so that's a possibility.  That's one area to attack if you want to get a dismissal.

Another area is your blood alcohol level.  If you were a .07 and they filed against you — and they do that sometimes — you might be able to get a dismissal because you're not a .08, so they can't go under Vehicle Code Section 23152b.

They're going to have to go under Vehicle Code Section 23152a, which says — I'm paraphrasing now — give you the juice and the meat of the section where you can argue, and that is, did you have alcohol in your system and could you not safely operate a motor vehicle?

For example, let's say you're swerving all over the road.  Let's say you're going 100 miles an hour.  The beautiful thing for the police and prosecutors is that you get in an accident.  That shows you can't safely operate a motor vehicle unless the accident wasn't your fault.  I've had situations like that as well.

So, they're going to look at your particular case's circumstances when deciding whether they will dismiss it.  When I say they, I'm talking about the prosecutor because they're the ones tasked with dealing with these cases.

They're going to figure out can we win the case or not?  Because if we can't beat the case, we're not going to get embarrassed.  We're not going to waste time and resources necessary to prosecute a chance and put a court on trial for three to four days.

Lawyer Who Knows How To Win DUI Cases

I'm going to tell you straight.  I've been doing this a long time.  I know how to win cases.  I know what issues are winnable.  If you want to see a case, that's winnable, and you can assess this yourself; if you look at everything neutrally and you say to yourself, this is not fair.  I don't know why this person is being prosecuted for a DUI, now you start to get yourself in a position to say, maybe we can win this case.

But if, on the other hand, you're driving and your blood alcohol level is like double the legal limit, .16, and you're driving around, and the police pull you over, you're going to get charged with that.  They're not going to dismiss it.

So, if you're driving and you're over a .08, they're supposed to convict you for that unless your lawyer can come up with some argument that somehow bodes that conviction using jury instructions, a common sense case law, whatever the case may be.

So, if you want that evaluation, I can give it to you.  This is my career.  All I do is handle criminal cases, and I've handled thousands of DUIs.  I wrote a book on the topic.  You can get it for free.  You can buy it on Amazon.

You can get a tape of it.  It talks about the basics of DUIs, but I'm willing to speak to you about it.  If you're a legit client, you need help, and you're looking for answers, pick up the phone and make the call.  I'll make it fast and easy for you.  I'll tell you what I think, and we'll play it from there.