What If My BAC Was 0.04 While Driving A Commercial Vehicle?

How Does Getting A DUI Affect My Commercial Driver's License?

People who drive commercial vehicles can potentially be more dangerous on the road. The Department of Motor Vehicles has created different standards for these drivers, which can cause your CDL license to be suspended for a year. A commercial vehicle DUI is covered under Vehicle Code 23152(d).

You want to have a DMV hearing in that scenario and hire an attorney familiar with defending people with commercial licenses who drive for their employment and livelihood.

You have to be extra careful when you hold a commercial license because of the ramifications that can flow from a DUI arrest in Los Angeles. It takes a skilled attorney to get you back on the road and driving safely. 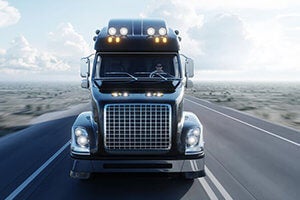 You will still be able to drive your regular vehicle after serving out whatever suspension they give you.

Typically, that suspension will be a one-month actual suspension and a five-month restricted license, where you will have to install an ignition interlock device on your vehicle and comply with other requirements.

Whether you are driving your commercial vehicle or not, any conviction for DUI can put you in a bad situation and affect your CDL.

If you get arrested for a DUI, you are going to want to defend that arrest by having an attorney who has experience dealing with commercial licenses, can deal with the DMV hearing, and knows the ins and outs of protecting your commercial right, as well as your regular driver's license.

In Los Angeles, everyone needs their driver's license. If it's your commercial driver's license in question, that affects your employment and your ability to earn a living.

Can I Still Apply For A Restricted Non-Commercial Driver's License?

In a non-commercial vehicle, however, if it's the first offense, you would be able to drive after one month and have a restricted license. Before you do anything after a DUI arrest, you will need to consult with an attorney.

In coordination with that attorney, you will need to deal with the Department of Motor Vehicles about getting your driver's license back and exactly what steps you have to take. You are going to need to get everything in writing. You don't want to be in a position where your license is suspended, and you think you can drive, but you really can't.

Then, you will be arrested for driving on a suspended license, which is a mandatory minimum of ten days in jail and puts a misdemeanor conviction on your record.

Defenses Against A DUI For Commercial Drivers

For DUI in Los Angeles County, both commercial and regular licenses defenses are the same. You have to be driving a vehicle to get a DUI. The definition of driving is interesting, as someone could be blocking the road and not moving, which would still be considered driving.