The new head prosecutor in Los Angeles has struck all special allegations.  Meaning he has instructed his filing deputies not to file those allegations.  So, the answer to the question is no. 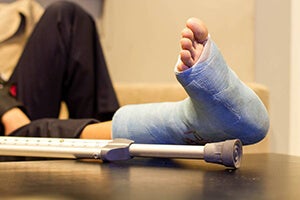 Not only is your exposure lowered, but you're also less likely to get prison time, because when they've got six years hanging over your head, and there's a 3-year allegation, that makes it much more likely that the defendant in that scenario in Los Angeles is going to get a prison sentence.

Presumption of Probation for a Felony DUI

Now, if you're charged with a felony DUI, there's a presumption that:

For the prosecutors to give you prison, they have to write a memo to the head prosecutors explaining why they think prison is the appropriate sentence versus probation.

So, this new policy by the LA County District Attorney's office related to striking enhancements is helping those individuals who are charged with DUIs that include a significant bodily injury allegation.

That is a bit confusing because if you typically get involved in a DUI and are arrested, you will be charged with a misdemeanor.

I would say that 90% of people who are arrested and charged with DUIs in Los Angeles County are accused of misdemeanor charges.  What ups it to a felony is if there is an injury.

That can even be more hair-splitting because the injury can't just be some soft tissue injury to jack it up to a felony.  It has to be a severe injury.

So, where there was an issue in LA, which will probably be resolved, what's the difference between a severe injury and a significant bodily injury?

Now that they've struck that enhancement and they're not using it anymore, that, in my opinion, is going to clear that issue up.  Then the problem is between whether it's a severe injury or just a general injury, which only warrants a misdemeanor.

So, if you or a loved one has been involved in an accident and you were driving under the influence of drugs or both, and you're charged with a felony DUI, you will, as it appears at least for the time being, escape that 3-year enhancement, at least while this District Attorney is in power, but you still need an attorney.

Pick up the phone.  Ask to speak to Ron Hedding.  Ask for a meeting with me.

We will talk about everything and design a plan to protect you, your rights, and your freedom.