When it comes to someone under the age of 21 getting into a DUI accident, obviously that person is going to need an attorney right away.  The case will probably be sent into juvenile court if they're under 18.

If they're over 18, they will be sent into adult court.  If the damage was caused to a vehicle or someone was injured. Parents are usually worried that they will be responsible for paying money because of their minor child's accident.

It boils down to whether or not the parents negligently entrusted a minor with a vehicle and that minor drank alcohol and caused an accident.  Then the parents might shoulder some responsibility. 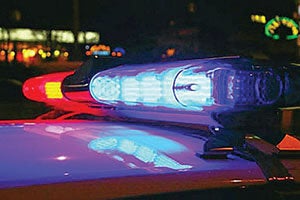 Suppose the minor is under 18 in juvenile court. In that case, the juvenile authorities will make the parents pay the restitution even if the minor doesn't have the money if the person is an adult, which starts to become a little more tricky.

The criminal courts can't make the parents pay restitution.  They're going to order the person under the age of 21 who got in the DUI accident to pay any refund.

Because that person is an adult and parents can't shoulder criminal restitution for their children, even though most parents do if they can afford it to try to help their child out.

Civilly though, there are occasions when an adult allows their child to have a car, even though that car is 18 years or older, and they will enable that child to have access to alcohol.

That could cause the parent to be liable to someone in a civil case.  It has to do with what's characterized as negligent entrustment of a vehicle. If a reasonable attorney can mount an argument that the parent is responsible, they will not only sue the child; they'll sue the parent as well.

That's why we have insurance.  So, hopefully, if your child did get in an accident and you were insured, the insurance company will cover it and protect you as well from any responsibility to any third parties who might have been involved in an accident.

Now, of course, that does not deal with the criminal case.  Not only will the minor be responsible for any injuries our out-of-pocket money that any victims have to shoulder, but the prosecutors will also obviously look to punish the minor for getting in an accident and being under the influence.

Most of the deaths on the road in California are caused by underage drivers drinking alcohol.  People can be killed, so obviously, you want to get a criminal defense attorney right away to handle the criminal aspect of the case for your child.

Do damage control so that child will eventually be able to drive again because typically, for a DUI as a minor, you're going to lose your license for a year. The child can apply for a hardship license, but that is very difficult to get, in fact, almost impossible to get.  So, assume your child will lose their driver's license for at least a year.

They're also looking at criminal punishment, jail time, and probation. They're going to be ordered to pay restitution if they were involved in any accident that is DUI-related. So, your best bet is to get an attorney right away.  Let that attorney review everything.  You and your child should meet with the attorney.  Give the attorney all the information related to the case.  Be honest.  Be straightforward so the attorney can best help you with the underage DUI accident matter.