The typical answer is that the party coming after the assets in a DUI case would have to mount some argument of what we call “negligent entrustment.” In other words, you negligently let your child have a car under your name, and that person got in an accident, hurt somebody, caused property damage, and now they can try to sue you for that.

That's why many people will make their teenage children get their car in their names, and then you would probably be protected from somebody coming after you if that person got in an accident.

As for me, I've got three kids all under my insurance, so if they were to get into some DUI accident, there could be an argument made that somehow I'm responsible for it.  You want to make sure your kids don't drink and drive.

But if you do find yourself in the unfortunate position of having to help your children because they have a DUI and maybe they got in an accident — you're concerned about your liability.  You're worried about them going to jail and their criminal record; pick up the phone.

Make the call today.  I can help you.  I've been doing this for 25 years.  I've handled a lot of DUI cases. I've represented many young people who have gotten themselves in trouble and helped protect their records, their ability to drive, and obviously, protect them from going into custody. 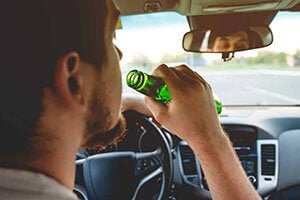 So, negligent entrustment is the issue.  That's the concept you want to look at if you're concerned about your child's DUI, because of an accident, or because someone was hurt.

Also, because there was property damage, that somehow they might come after you, they would have to be able to try to mount an argument that it's your responsibility that the child got in the accident and was drinking and driving.

They drink there.  They get behind the wheel because you're not responsible and don't keep an eye on them.

We're working as a team to get the best result and protect your child's rights, freedom, reputation, future, and driving record.  These are all the things that are of concern, and obviously, to try to help their parents end up in a solid position so they don't lose a lot based on their child's actions.

So, exploring this concept of negligent entrustment is something you can sit down and talk to me about if you have a child that you're retaining me to help them with their DUI where there was an accident, where there were injuries, where there was property damage.

They've got a lot of information and skilled talent, and they must help represent you to help convey your child. If you paid the money to have the insurance, you need to sit down and start strategizing how to help your child deal with the DUI, the accident, and what happened.

In addition to that, you want to sit down with an attorney to figure out how to protect best your interests and rights related to any financial responsibility related to the Los Angeles DUI your child was involved in.