Can Police Pull You Over for DUI for No Reason?

Learn Whether the Police Are Permitted to Pull you Over For No Reason and Arrest you for a DUI Under California Vehicle Code 23152? Of course, the answer to this question is no, and I have many people who call me and say, the police pulled me over.  They had no reason to pull me over.

I wasn't drunk, yet they arrested me for a DUI.  How is that possible?  How can they do that?  What do I do?  Don't I have rights? These are all fundamental questions, and that's why you get an attorney right from the beginning.

Let somebody like me who's handled thousands of DUIs in the past 26 years go to work for you. I can ensure that you're being treated fairly and that the pullover was lawful.  The answer to the question is straightforward.  The police can pull you over if they want to because they have the authority to do so.

That being said, if they're pulling you over for no lawful reason, in other words, they can't see that you're committing any offense. Whether it be a traffic-related offense or a crime, you or your attorney can prove that it was an unlawful pullover. 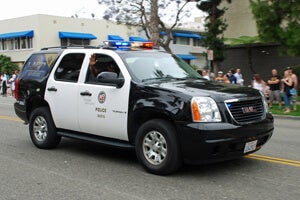 At this point, anything they get from that pullover will be suppressed and won't suppress and won't be able to be used against you.  That includes:

So, they'll lose everything if there is an unlawful pullover.

That's why, if there's any question about the legality of the pullover, we're going to try to get what we can to try to prove that it was an illegal pullover.

For example, we'll try to get the dashcam from the police vehicle that pulled you over to see if we can see if there's any video of the pullover and any footage of what they're claiming that you did wrong.

Police Officers Know How DUI Lawyers Will Challenge the Case

Because bet your bottom dollar, the police know that one of the first lines of attack a DUI defense attorney is going to do is say that it wasn't a legal pullover, so they know they have to try to justify the pullover. So, they're going to say that:

They have many different reasons they can hit you with to justify that DUI stop.

So, the video is always the best, because if we've got the video of their encounter with you from the start to the end, that's going to be dispositive of the matter.

Maybe the police vehicle isn't equipped with a video.  Perhaps they don't turn it on until after the pullover, which I think is ridiculous.

If you're going to be pulling people over, you should have your dashcam on the whole time so we can see and justify why they pulled that person over.

So, the answer to the question is no; they're not allowed to pull you over for any reason.  You certainly are entitled to file a motion if a criminal case is filed against you, saying it was an illegal pullover.

Therefore, anything they found, including your breath or blood result, can't be used against you, and if you're successful through your attorney, obviously, then the case will be dismissed against you.

So, it's going to be your word against their word, and if you're incredibly drunk, your credibility starts to get eaten into by that fact.  If you're driving poorly, you're the one in trouble, so you're going to want to say things that help you.

So, you must get somebody like me to defend you so that we can have the best chance of attacking the pullover if that's where you believe there are issues related to your DUI arrest.

So, I'm available.  Pick up the phone.  Take the first step immediately to get this thing behind you.

So, if you feel that you were illegally pulled over and unlawfully arrested by the police and need help, pick up the phone.  Ask for a meeting with Ron Hedding.  I stand at the ready to help.