Many people don't realize and comprehend that even if they're taking prescription medications and get arrested for a DUI, the prosecutors can still prosecute that case successfully.

In other words, if you're taking anything — you're putting anything in your system — and it causes you not to be able to operate a motor vehicle safely, then you can be charged with a DUI (CALCRIM 2110).

I've had clients take Ambien before they go home so they can sleep well, and they end up crashing into the center divider and being charged with a DUI, and they can't figure it out. The answer is you can't put anything in your system that endangers the public.  In other words, if it's going to cause you not to be able to drive right, you've got a problem.

Suppose you're mixing prescription medication with alcohol, and you have a DUI. In that case, the prosecutors can prosecute that case even if your blood alcohol level is under a .08 (CALCRIM 2111) because the combination of the alcohol and the prescription medication can cause somebody to become intoxicated to a level that they can't safely operate a motor vehicle. 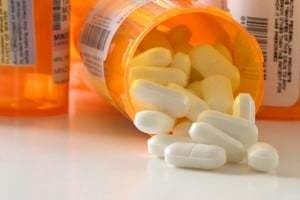 Even if there's no warning label on your medication saying that you can't drive.  It doesn't matter.  You have to be very careful when you're taking anything.

Many people think now because you can take Marijuana legally, that if they've got Marijuana in their system, they can't be charged with a DUI. After all, it's now legal in California.  That's completely wrong.

If you're smoking Marijuana, drinking, or taking prescription medications, they will try to prosecute you if they think they can prove that you can't safely operate a motor vehicle.

One big way they do that is in alcohol cases. They do field sobriety tests. Then they write down all of their observations about your driving, how you're walking, talking, acting, and all those things designed to assess whether you can safely operate a motor vehicle.

When it comes to a drug case like prescription medication or Marijuana, they'll get a Drug Recognition Expert (DRE) to assess you.  That's a whole different set of tests than the DUI test.

That's why I laugh whenever people are doing DUI tests, and the person has no alcohol in their system, and the prosecutors are trying to pick up on that and use that to claim that the person couldn't safely operate a motor vehicle.

Those tests have nothing to do with drugs or prescription medication.  Those are alcohol-related tests. So, if the police are claiming the person didn't pass an alcohol-related test, and there's no alcohol in their system, they're lying and making things up to try and justify their arrests.

Another thing that I think is confusing to people because they believe they have to be drunk or so intoxicated from prescription medication that they're falling, and that's not the case.  The test is pretty straightforward.

There are defenses, though, when it comes to prescription medication.  Sometimes people have been prescribed something and have no idea it will impact them a certain way.

That person may argue that they shouldn't be charged with driving under the influence because they didn't voluntarily ingest the medication, knowing what the result would be.  In that circumstance, that particular person may have a good argument.

So, we have to look at everything.  Assess the case.  Take it one step at a time.  I think that's the crucial thing. We sit down and go over everything, and then we decide whether or not it makes sense to try to defend the case or whether it's a case that warrants us trying to work out a resolution with the prosecutor.

If it's one of those close-calls, we will try to use everything we can to get you that result — a less charge — whatever it is, we determine it is the right way to handle the case.

So, the fact that we have a good argument that you didn't know that the prescription medication would impact you like this may be a way to mitigate the case versus getting a complete dismissal. Hedding Law Firm is a criminal defense law firm located in the San Fernando Valley area of Los Angeles County at 16000 Ventura Blvd #1208 Encino, CA 91436.