How Does Probation Work In A DUI Charge?

Length of Probation For A First Time DUI Conviction

Typically, it will be three years of probation for any misdemeanor DUI.  As of January 1st, 2021, all probations transition to one year for misdemeanors and two years for a felony.

However, it is not clear whether that will impact DUIs because the legislature has indicated that a DUI charge must be for a minimum of three years.  For probation in DUI cases, you would have to:

As long as you comply with the terms and conditions of your DUI probation, you will be okay. Once the probation runs its course, you would be in a position to file a motion to dismiss the DUI conviction.

If it's felony probation, you have to report to a probation officer every month. The probation officer would order certain things done and refrain from being done. What your attorney works out with the prosecutor and judge will dictate the terms and conditions of probation.

Typically, a DUI probation is for three years. You might have a progress report with the criminal court during that timeframe to show that you're complying with your DUI conditions. 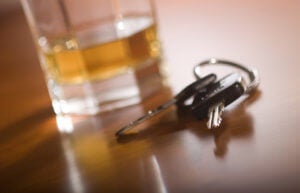 For example, let's say you were ordered to complete a:

Sometimes people will also be ordered to pay fines associated with their DUI cases. If your attorney can get you a lesser charge, the probation can last two years.

At the end of that probation, you can file a motion to try and have your case dismissed according to California Penal Code 1203.4 PC, which is the ability to expunge it or get it dismissed in California.

Probation could also last for one year, depending on the laws applying to your case and negotiations surrounding the sentencing.

If I Can Prove Any Mental Health Issues Or Drug Or Alcohol Dependency Issues, Could That Help Get A Lesser Probation Or A Better Alternative Sentence Probation?

When it comes to DUI and mental health issues, it depends on the circumstances.  Suppose you had a felony DUI and caused some injury and face state prison.

In that case, if you had mental health issues or substance abuse issues related to your DUI, you might be able to use them to lessen the punishment and even lessen a potential prison sentence.

But as it relates to misdemeanor DUI cases, you typically will not escape responsibility because of a mental health issue.

However, if it was your second, third, or fourth DUI and you were facing jail or prison time, you might be able to have your attorney convince the prosecutors to get you mental health aid.

If a real substance abuse problem is present, a Dual Diagnosis Program could treat you for alcohol or drug dependency and help you with any mental issues that you might have.

If you have mental or dependency-related issues related to alcohol or drugs, and you've been arrested for a DUI, definitely bring those issues up to your attorney.

Your attorney will determine if that can be something that could be utilized to help.

Not only in the criminal case but also generally to make sure that you don't get yourself in this position again, violate your probation, or end up in jail.

Related:
Can A DUI Probation Ever Be Ended Early In Los Angeles?