Types Of Recordings Available As Discovery in a DUI Case

When the police come upon the scene of an accident or pull someone over for a DUI, they will have a dash camera in their vehicle. The video usually kicks on when they start to follow a particular person.

Sometimes, this video helps the defense, and sometimes it can hurt the security. Unfortunately, it's not available in every case, and that dash camera video also doesn't always capture everything.

For example, if you want to see your client's field sobriety test, they often don't point the camera in the right direction. It doesn't capture everything, but it's certainly something that we try to get in the appropriate cases if it might help us. The only other way to record the encounter is if the police happen to have body camera video.

The only other form of recording is the prosecution or police could get a confession from the suspect where they Mirandize them and then audio record that encounter. They don't do that every time, but that's certainly an option for the police. We usually try to get any at-the-scene video evidence in DUI cases, the dash camera video, or the body camera video.

Are Recordings Admissible As Evidence In A DUI Case?

It wouldn't be admissible if the police had the defendant in custody after a DUI arrest. 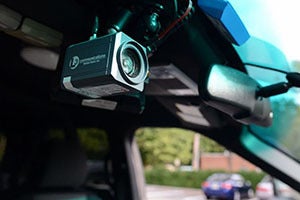 Then they started asking direct questions that incriminated the person, and they didn't read them their Miranda rights. Then, the defense could argue that the video should not be admissible.

Often, the defense is trying to get the video in because it shows that the person wasn't drunk or wasn't driving erratically.

Video and audio evidence are fair play for both the defense and the prosecution in a DUI case. Sometimes, I want to sit down with my client to talk to her before getting any video evidence.

It's my experience that in DUI cases, the prosecutors usually don't get the body camera video or the dash camera video.

They usually feel confident with their case based on the police's observation and the police report.

Usually, the defense is requesting these things, but obviously, you don't want to ask something that will hurt your case.

I've seen scenarios where less experienced DUI defense attorneys have requested video in a DUI case that showed things that make the case more severe from their perspective. You have to be careful what you ask for.

Importance Of Video Recording Of A Police Stop

If they've already arrested you, they have made the inclusionary thought process that you're driving under the influence of alcohol. As your DUI attorney, I'm looking for whether or not you look unsafe in a video.

Whether your gait is steady as you walk and whether or not you're performing successfully on the field sobriety tests. If they capture you driving, I want to see if your driving looks fine or if you were swerving.

I'm looking at whether we can find video evidence that contradicts any of the things claimed in the police report. This can be used to impeach and attack their credibility.

Finding inconsistencies between what's in the video and what the police have put in their report can be enormous in a DUI case. We can point this out to the prosecutor and resolve the case to get a better deal and maybe a lesser charge, depending on the circumstances.

Visiting The Scene Of The DUI Stop

We don't visit the scene often in DUI cases unless it's a scenario where the scene's setup is essential to try to defend the case. For example, if the police had the person do the heel-to-toe test and then turn and come back, they claimed that the person was stumbling.

If they had him perform the test in an area where there is a slope, we'd want to argue that there is no way he could complete that test.

What is essential to understand about DUI cases is that not every technique will yield the same result from a defense standpoint. Some DUI attorneys give the same advice to everyone with a DUI charge, which is not adequate.

First, we have to lay out all the facts of your case, and then we can decide whether or not to visit the scene. In my experience, seeing a DUI scene usually does not yield the results we're looking for. However, I always keep an open mind, and if we can decide that broadening the team would benefit us somehow, I can send my investigator out to take photographs and write up a report.

You also have to realize that if you were taking prescribed medication and trying to use that as an excuse for why you were driving the way you were, prescription medication could also be used to prosecute you for a DUI.

I've had people take specific prescription medication and not safely drive and get a DUI because they got into an accident. If you're taking a prescription drug and drinking alcohol, that's not a good defense for you.

You obviously shouldn't drive a motor vehicle if you're taking prescription medications and drinking alcohol simultaneously. That can negatively impact whether or not you're safe to operate a motor vehicle. We must look at everything in the privacy of my office and assess it all.

We can't say that you're mixing alcohol with prescribed medication to try to use that as a defense because it will make you look worse. We must sit down, and you reveal any medical condition you have so that an attorney with 25 years of experience can assess whether or not we have a circumstance where we can use that as a defense in your case or if it is going to hurt your case.