Type Of Knowledge Needed To Get A DUI Murder Charge

Dangerous to Drink and Drive

More and more now, I see a massive shift towards charging people with murder when it comes to drinking and driving, resulting in a fatality. It used to be that the District Attorney's office in Los Angeles would only charge somebody with murder on a DUI death when they had clear evidence that the person knew that it's dangerous to drink and drive and somebody could die. This is the foreseeability issue.

But now, they say everybody should know that it is dangerous to drink and drive and people could die. Everybody should realize that it's foreseeable that somebody could die if they drink and go on the roads in Los Angeles, California.

So now, the prosecutor's first move when somebody dies and the other party has alcohol in their system is to charge that person with second-degree murder, and then they work backward from there. Sometimes they will change the charge to a vehicular manslaughter charge. Sometimes they'll change it to another account. Sometimes they won't even file the case. 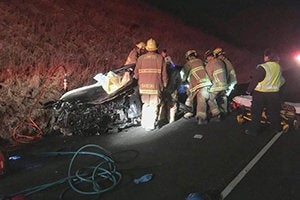 So, they're telling you that it is dangerous to drink and drive in court. They're also telling you when you take those DUI classes. They play tapes for you. So, I'm seeing the prosecutors calling those people in those DUI classes and say, Bill was in your class, right?

Did you tell that class about what happens when you drink and drive — how people die? The instructor says yes. And was Bill in that class? Yes? How do you know? Because I see Bill signed up right here.

He was sitting in the class listening. So, that whole notice, knowledge, foreseeability issue is a massive thing regarding DUI-related deaths in Los Angeles, California.

But now, with the prosecutors charging all of these cases with second-degree murder right from the gate, the next thing I see is that they're looking for some egregious act on the defendant's part.

Examples would be that you're going over 100 miles an hour, or you're racing with another vehicle, or you have some prior activity where you're driving dangerous.

I've seen one where they've got the person videotaping themselves going over 100 miles an hour on the freeway, and they're trying to get that evidence in a DUI murder case because they want to show that this guy is dangerous. Look at the wanton behavior here. Look at the mentality of this person.

So, when you see those two things combined — a DUI-related death and then some crazy, nasty behavior — you know that they're going to be looking at charging the person with second-degree murder, and your attorney is going to have to fight.

Your attorney will have to prove that no, you weren't trying to kill anybody. No, you didn't have that dangerous wanton behavior going on, and all of this was just a terrible accident.

Unless there's some other cause, that's another way to get out of these DUI cases — if we can prove that there's another cause of the DUI. For example, maybe there's a third vehicle involved.

There are several different angles here that can be taken to defend you properly. But, if you've got a DUI-related death and they can combine that with some terrible act — whether it be racing or some other destructive behavior — drinking way too much is another example that I see all the time — then they're going to charge you with a DUI-related death murder charge. You're going to be facing fifteen to life.

So, this notice and knowledge issue related to a DUI is crucial, even though the prosecutors charge DUI's with deaths all the time. Suppose they don't' have evidence that you had knowledge or foreseeability of what happens about people drinking and driving. In that case, many times, they can be convinced to take it down to vehicular manslaughter, which is a massive turn of events when somebody is facing fifteen to life.

Related:
How to Defend a Watson DUI Murder Charge