Different Ways To Prove A DUI

Many people will come to me and say I don't understand how they have any proof of my DUI case against me.

They've made it so that if your blood alcohol level is a .08 or greater, it's automatically presumed that you're DUI — driving under the influence and can't safely operate a motor vehicle. 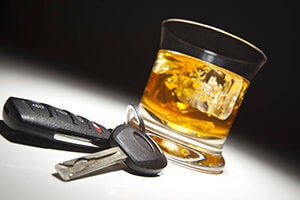 Well, that's another way to prove a DUI. If you refuse to cooperate and you refuse to take either a blood or breath test when the police believe that you're intoxicated, then that's called a refusal.

It's automatically presumed that you're DUI. The only way for you to avoid a DUI in that scenario is to rebut the presumption with evidence that you were not DUI at the time, which is challenging to do unless you take a blood or breath test.

If you refuse to do so, you're going to be taken into custody and probably held for several hours, so it would be too late anyway to take a blood or breath test.

Another way to prove a DUI is through witnesses. Suppose somebody sees you driving recklessly and unsafely; that would certainly be evidence that you could not safely operate a motor vehicle.

Then the police would have to prove that you had alcohol in your system. The way they prove that is by their observations.

A lot of people are honest and say they had one or two. Often, they're not telling the truth about that part of it, but once you admit you drank something, now they've got alcohol in your system.

So, there are several different ways that the police and prosecutors can prove that somebody is a DUI in Los Angeles, and it's tough to disprove that you're driving under the influence of alcohol.

The best way to disprove that is to take the test and be under a .08. When you get your driver's license in California, you get it under the condition that if the police ask you to take a test, you cooperate with them and take it.

The theory is that driving in California is a privilege and not a right — because you're out on the road where people can be killed. What comes with that privilege is if the police believe you're unsafe to drive because of alcohol use.

For some reason, the legislature hasn't deemed, at least at this point, that you have to take the field sobriety test or that you have to accept that hand-held device called the preliminary alcohol screening device.

They may change that at some point, but you don't have to do that now. Unfortunately, many people don't realize that, so they take those tests. It's a very subjective thing on the part of the police, so the police can prove a DUI by simply saying the person did not pass the test, and then they prove they had alcohol in their system.

California Vehicle Code 23152(a) allows proof of a DUI even without having a blood alcohol level, or even if your blood alcohol level is under a .08 — if you have alcohol in your system, the police can testify that you weren't safely operating a motor vehicle. In their opinion, you can't safely operate a motor vehicle because you didn't pass those tests.

Then you're going to be in a position where you will be charged with a DUI, be subject to at least six months in jail for a first offense, and be subject to losing your driver's license because of the DUI.

So, if you have a case and are questioning how the police and prosecutors can prove a DUI against you after reading this article, come and sit down with me. We'll talk about what evidence they have, whether they can confirm it or not and what your best strategy is.