What Determines if You Get Jail Time on a DUI?

This is a significant question on a lot of people's minds. Once you get arrested, they take you into the local jail where your case occurred, holding you there for some time.

One of the biggest things that my clients tell me when they meet with me about their DUI cases is that I never want to go back to jail again. And you don't blame them. Who wants to go? What are the penalties? Your freedom is taken away. There are some bad people in there sometimes.

So, one of the biggest things I try to do is keep you out of jail, and I figure out ways to do that, and there are a lot of different angles to do it. First and foremost, one of the most important things to know is that if it's a first-time DUI and nobody was injured, that puts you in an actual good position right from the beginning to avoid any jail time.

Some counties like Santa Barbara, Ventura, and even Orange counties try to put people in jail, even on first offenses.

Level of Danger on the Road

But in Los Angeles County, they're pretty reasonable about that, and they will give you the benefit of the doubt as long as you didn't hurt anybody. But when they decide when to put somebody in jail, the prosecutors look at how dangerous that particular person was out on the road. 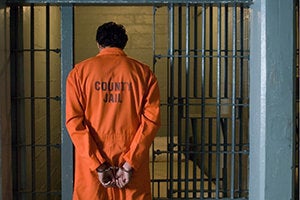 In other words, what were they doing? How fast were they going? Did they hurt somebody? Were they out of control? How high was their blood alcohol level?

These are all significant factors in determining whether you go to jail because the prosecutors and judges know that the ultimate punishment they always have in a DUI case is jail or prison time. So, they're going to say that they need to go to jail for some time for the people they think need the deterrent.

Sometimes people are alcoholics, and they won't stop drinking and driving, and they get multiple DUI, and the prosecutors and judges say, those are the people that we're going to give jail time to.

Those are the people that we're going to send to prison because those people don't learn. The most effective tool we have to stop them is to throw them in custody because number one takes them off the street, dries them out, and number two and shows them what could happen if they continue to drink and drive.

They do care that it scares the heck out of you to go to jail. That's why they do it. That's why they use jail as a deterrent in a DUI cases. So, if you're scared that you might go to jail, whether it's a first, second, third, or fourth time DUI, whether you were involved in an accident, whether somebody was hurt, you're going to need a DUI defense attorney like me who is local to these LA courts.

When I say local, I mean practice there. Knows the judges, the prosecutors, the procedures, how the court system works, and what it takes to get you the result you must have.

I have you come in, and we go over everything. I ask you to be honest and straightforward and give me all the information, and then I will tell you what exactly you can do to help yourself, what you can do to help me help you, and what I'm going to do moving forward to put you in the best possible position.

This means either get the not guilty verdict you need, contact the case wiped out by way of a motion, or if those two things are not reasonably possible, I'm going to be honest with you and tell you that, and we're going to do so to take another route. We're going to try to negotiate this case for you and get you the result that way.

So, pick up the phone now. Let my twenty-five years of experience work for you. Don't let these people trick you on the internet to have money to advertise, but don't have the experience, the knowledge, the know-how, the local connections to get you the result you must have.