What Happens At The DMV Hearing?

How Long Do I Have To Go Without A License?

At a DMV hearing in Los Angeles County, the DMV hearing officer is tasked with presenting the DMV's case. First, they will give the police report, and any other evidence they think is relevant to prove the DUI.

Next, they will call necessary witnesses, including police officers. After the evidence has been presented, the opposing lawyer will be able to make objections question the police officer who was involved in the case and put on their evidence.

For example, they might call their client to testify or put on witnesses. It will typically take two or three days from the date of the DMV hearing to receive a letter in the mail with the decision. If a suspension is ordered, the specific dates for that suspension will be listed, and instructions will be provided on how to obtain the license after the suspension period.

Van Nuys has the same rules as any other DMV hearing office in Los Angeles. The length of time you will have to go without a license after having received a DUI will depend on your driving record and how many prior DUIs you've received. 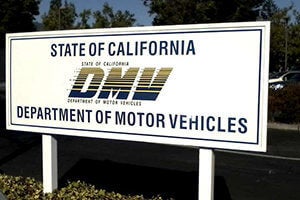 On a first offense DUI conviction in Van Nuys, you will lose your license for 30 days. If you get caught driving within those 30 days, you will be charged with driving on a suspended license and violating your probation.

As a result, you will be sent back into court with a new misdemeanor charge.

Once the 30 days have passed, you will likely be able to obtain a restricted license for five months.

The restricted license allows you to drive to and from work, school, and any alcohol program you're enrolled in.

You will also have to put an ignition interlock device in your vehicle, which you will be required to blow into to start your car. After the restriction is over and you have completed all of the requirements set by the DMV, you will get your license back on a full-time basis.

What Can I Do If I Need To Drive To Work?

If your license has been suspended after a DUI, you may be eligible to get a restricted license after 30 days of no driving.

The restricted license will allow you to drive to and from work. However, during the 30 days of restriction, you will have to find alternative ways of getting to and from work, such as by public transportation or Uber.

The DMV in Los Angeles is pretty strict on the 30-day restriction because driving is a privilege and not a right. If you receive a second DUI, you will lose your license for a year but may obtain a restricted license after six months.

If you refuse to take a chemical test, then you will lose your license for an entire year without the ability to get a restricted license. When you choose to drink and drive, you choose to endanger the lives of others, and the DMV wants to limit the possibility of anyone getting injured as a result of your decisions.

Do I Need DUI Attorney For A DMV Hearing?

You do not necessarily need an LA DUI defense attorney for a DMV hearing, but it is doubtful that you will win if you don't have one. You want an attorney who knows how to deal with DUI cases and has won them in the past.

Countless times clients have told me that they called the DMV and set up a hearing, but when I called to confirm, I learned that the DMV had no record of having scheduled a hearing for them.

This is because my clients often waited longer than ten days to schedule the DMV hearing, which resulted in an automatic loss of their right to that hearing. It is never a good idea to represent yourself in a criminal case with the DMV, especially since your rights and driving privileges are at stake. A public defender typically won't help you with the DMV hearing, so that is something for which you may want to contact an attorney.

An attorney will be able to review the police report and determine from which angles you can attack the DMV in an attempt to win the case. At the very least, they might be able to do some damage control to mitigate the DUI consequences.